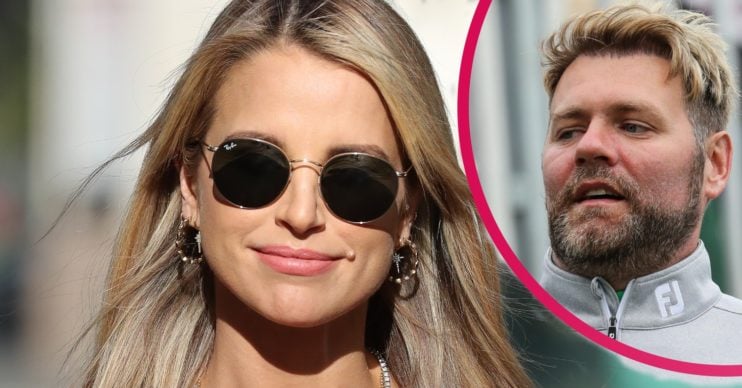 No love lost here then!

Vogue Williams says she feels sick when she thinks of her former marriage to Brian McFadden.

The TV personality, 34, is now married to Spencer Matthews, 32.

The couple have two young children together.

Speaking on their new podcast, Spencer and Vogue, she said she’d rather forget her first marriage ever happened.

Spencer said he regularly checks the contents of his safe, which includes their marriage certificates.

He said: “Every time I go into the safe by the way I have to see your marriage certificates because like we needed them for a mortgage and I just have to look at them.

“Like what the [bleep] is this crap? And it is unearthed every single time I look in the safe, which is most days.”

Vogue reassured him that she never thinks about her past life with the Westlife singer.

She said: “I’m so glad I don’t have to look at the safe. Sometimes I forget it ever happened.

“Let’s bin that one, it makes me feel a little bit sick in my mouth.”

When were Vogue Williams and Brian McFadden married?

She wed Spencer in 2018, and they now have two children – son Theodore, two, and daughter Gigi, who is just one month old.

Vogue went on to say she doesn’t feel sad about any of her past break-ups.

She explained: “I can’t say I’ve ever been massively sad about a break-up either. I was more embarrassed.”

Spencer teasingly replied: “I don’t think we really need to go into each other’s exes, especially from where you are sat.”

Here she denied that she will replace Holly Willoughby on ITV’s Celebrity Juice.

She said: “I would absolutely love the job but it’s definitely just a rumour.”

“I haven’t got that job but I would like it, put in a good word for me okay.”

As for Brian, he was previously married to Kerry Katona.

Kerry has said on her YouTube series that he only sees them once a year.

She said: “My first husband left me for another woman.

“Doesn’t pay a penny. Only sees his kids twice a year. Dog.”

He is currently engaged to Danielle Parkinson.