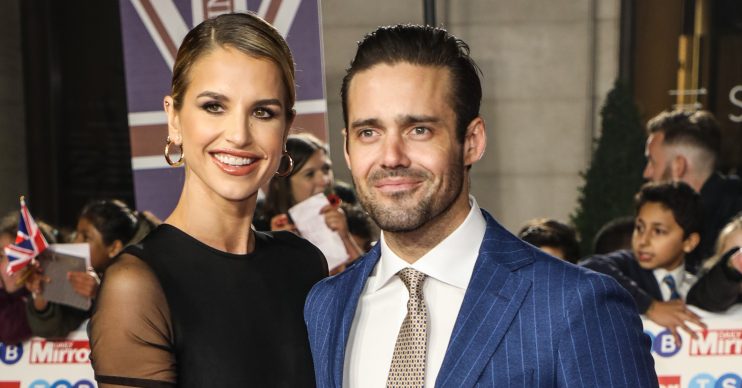 She's due to give birth this summer

The 34-year-old model – who already has 18-month-old son Theodore with the former Made in Chelsea star – has revealed she is five-and-a-half months pregnant with their daughter, who is due this summer.

The Irish beauty has also revealed that the couple – who tied the knot in June 2018 – kept their baby news a secret until now because of Vogue suffering from polycystic ovary syndrome – which can cause fertility difficulties – but she admitted she feels “so lucky” that after a “few bumps in the road”, they are set to grow their family.

In an interview with HELLO! magazine, she shared: “We’re delighted. It’s so exciting but kind of scary to think we’re going to have another newborn.

“There’s no doubt that I feel lucky to be having another baby.

There’s no doubt that I feel lucky to be having another baby.

“It isn’t easy for everyone, and it was certainly a different path for us this time, so it’s really nice to be here and talking about it now. We just had a few bumps in the road this time around and it just wasn’t as straightforward as it was with Theodore.”

Read the full interview in this week’s HELLO! Magazine, out on Monday.

Vogue had previously revealed one of her goals for 2020 was to have another child.

Speaking to Frankie Bridge on her podcast Open Mind, she said: “Hopefully, we’ll grow our family this year.

“Your biggest achievement is how happy you are and I think that we’re in a really happy place, and would just like to be this happy by this time next year.”

The doting parents welcomed Theodore shortly after their wedding, and were so excited they initially wanted to add three more children to their brood.

However, the Getaways presenter changed her mind after having an “uncomfortable” pregnancy with her little boy.

So this week we decided to get rid of Ts SUSU! I just thought it was time, he only ever had it at nap and sleep times and I heard that if you don’t do it before 18 months they’ll have it until they’re three. I’m actually so surprised at how easily he transitioned. He whinged the first nap and that was it! He’s sleeping better now at night because he’s not waking looking for it. Will I miss it when he’s having the odd melt down? YES! But actually this week has been pretty much the same without it… GO T! ❤️

When Frankie asked if she would have another baby, Vogue replied: “Yeah, definitely. I first said four but that’s now changed.

“Now we’re down to three, so we’ll see after we have the second to see if we’ll just stay with two.”

Do you think Spencer and Vogue will have a girl or boy? Share your thoughts with us on our Facebook page @EntertainmentDailyFix.