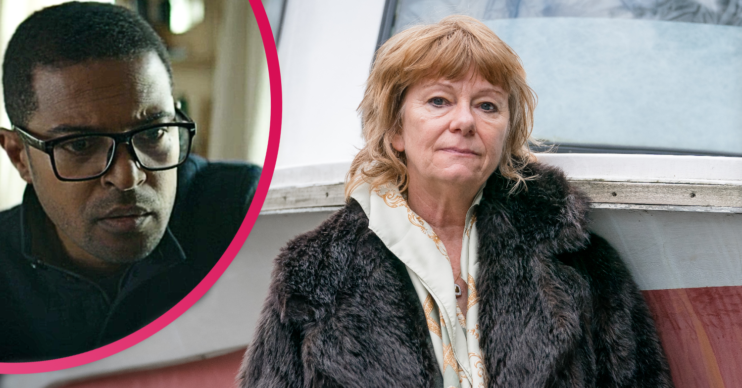 The plot is thickening!

Viewpoint on ITV continued last night (Wednesday April 28), and some of the dots were joined up.

DC Martin Young (Noel Clarke) stepped away from the viewfinder and went rogue to find more information about Carl Tuckman.

Has this new intel altered fan theories? And ahead of episode four tonight what are our questions?

Our burning questions after episode three of Viewpoint on ITV!

Are Martin and Zoe now an item?

After Zoe basically told her doofus commitment-shy boyfriend, Tim, to sling his hook, Martin and Zoe became much closer.

He asked her out for a drink, and even though she said no, they had a little lip-locking session later.

Read more: Viewpoint reviews: Viewers’ and critics’ opinions are in after episode one and it’s VERY divided

Are these two lonely people about to find each other all thanks to a murder case?

Many fans hope so, but some are suspicious of Zoe and what her role in the whole mystery is.

What did happen to Hayley?

There were more touching, human scenes in the episode after Martin’s former CID partner DC Hayley Jones told him she didn’t hold anything against him.

Viewers have seen over three episodes that Martin is still traumatised by the incident that led to Hayley being in a wheelchair.

He said he blamed himself for what happened and he should have known that her assailant had a knife.

But we’re still not sure what happened that fateful day.

Will Pavel’s confession be a nail in the coffin for Carl?

Throughout the episode, Gemma’s dodgy neighbours – the Tuckmans – came under more scrutiny.

Martin followed Carl to one of his properties and found a mattress with a packet of condoms on the floor and Gemma’s schoolbook beneath it.

And later, Martin observed Carl burning the pillows and the duvet.

If that wasn’t as incriminating enough, a trip to see retired copper Donald Vernon added more fuel to the fire.

She hasn’t been seen since.

And who is Anna’s brother? Pavel, the guy Carl was seen fighting with on the pavement outside his apartment.

Pavel, who has stayed quiet for all these years, decided to come clean about the alibi he provided for Carl all those years ago.

Will this new information be enough to nail Carl?

What was Janice Baines doing at the place where Anna disappeared?

During Martin’s visit to New Brighton to visit Vernon, he checked CCTV footage from where Anna disappeared over a decade ago.

Among the beachside locations and all the people he could have seen, he spotted Janice Baines.

Gemma’s mardy neighbour was on the seafront around the time of Anna’s disappearance.

New info revealed that Janice was a sort of enforcer for Tuckman’s landlord business and got up to lots of nasty stuff.

The latest fan theory centres around the boar Janice owns and is sitting outside of her house.

Fans are convinced that Gemma is in there.

Perhaps Anna’s remains are in there, too…

One viewer wrote on Twitter: “I think Gemma could be in the boat.”

Is Gemma dead or alive in Viewpoint on ITV?

This is the big question heading into the final two episodes – is Gemma dead or alive?

If the fan theory is correct and Gemma is in Janice’s boat, she’s likely to be dead.

Read more: ITV series Viewpoint: Viewers have already decided who the killer is

However, viewers saw the mattress and the condoms at Carl’s property, which hints she could just be in hiding.

If she is hiding, what is she hiding from?