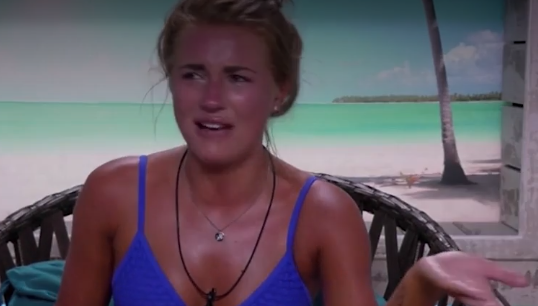 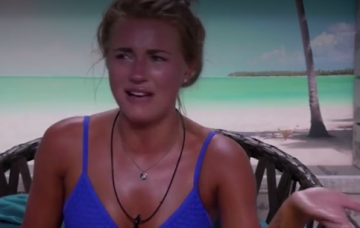 It was just too heartbreaking to watch her so upset

Love Island viewers were furious as Dani Dyer was forced to watch her man Jack Fincham reunited with his ex, saying it was “torture” rather than entertainment.

Fan favourites Dani and Jack have been coupled up since early in the ITV2 series and recently made their relationship official, becoming girlfriend and boyfriend.

But Jack has now been moved to another villa – Casa Amor – where his former flame Ellie Jones is living with a new set of girls.

In Sunday night’s episode the girls received a message from the boys which included footage of Jack looking stunned as he spotted Ellie.

“I don’t even want to see him,” she cried later in the Beach Hut.

“I just knew it was too good to be true.”

Viewers were heartbroken – and angry – at the dramatic scenes.

“That was hard to watch. Game show or not that was cruel,” one person posted on Twitter.

“This Dani and Jack thing is not entertainment at all, this is bloody torture and truly heartbreaking stop it!!!” said another.

Another ranted: “I’m actually annoyed at how Love Island have messed with Dani’s feelings. Now she feels as though Jack has ditched her for his ex! My heart actually broke!”

“Can’t believe they edited that to make it look like Jack had done wrong and to upset Dani Really ish she knew that he said he loves her!,” said another.

Viewers are now crossing their fingers that things will be cleared up in the next episode.

Many joked that there would be trouble if the move wrecks Dani and Jack’s romance.

One person tweeted: “If Love Island producers have caused a jack and Dani break up – we riot.”

“If this show breaks up Jack and Dani there will be riots, I will sue,” said another.

Do you think producers were cruel to show Dani just a snippet of what was actually happening with Jack? Leave us a comment on our Facebook page and EntertainmentDailyFix.