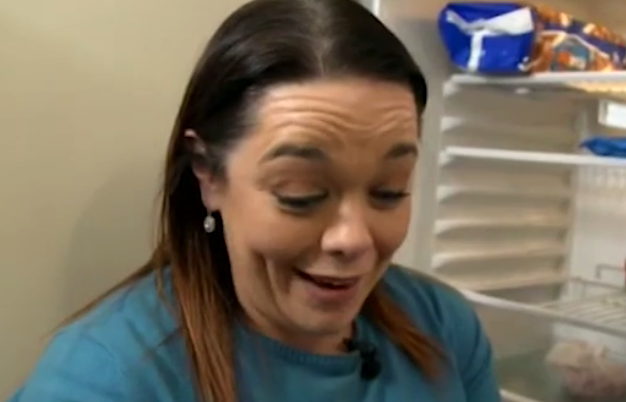 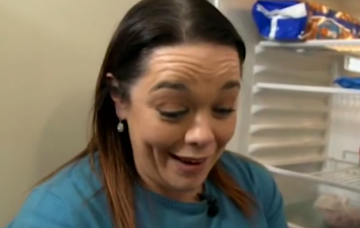 And there were three of them!

This Morning fans were left stunned as Lisa Riley visited a woman to offer some dietary advice on today’s show.

The former Emmerdale star lost a staggering 12 stone over a 16-month period, and looks absolutely amazing these days.

But it wasn’t the 41-year-old’s body transformation that had viewers gasping in shock.

No, they were more concerned by something the woman in question was keeping in her fridge…

Lisa achieved her incredible weight loss after cutting out certain things from her diet – puddings, pasta and lashings of butter, to name but three.

And she’s now hoping to inspire other people to follow a similar regime and get into shape for 2018.

On today’s programme, we saw the one-time You’ve Been Framed host visit a woman – also called Lisa – who wants to tone up this year.

And one of the actress’s first tasks was to go through Lisa’s fridge to see what could be chucked out.

Read more: Lisa Riley explains why she has changed her mind about becoming a mum

After removing a carton of caramel shortbread and warning the woman that so-called ‘light’ yoghurts can be misleading, she stumbled upon three loaves of bread. In. The. Fridge.

The former Emmerdale star didn’t pass comment on the slightly unusual practice, but viewers at home were up in arms about it!

One person barked: “WHO THE HELL KEEPS BREAD IN THE FRIDGE?”

And a third viewer queried: “Bread in the fridge? Am I missing a trick here?”

Meanwhile, Lisa – who’s just released a new book, Lisa Riley’s Honesty Diet – has revealed that she was recently told to mind her own business after trying to offer some advice to an overweight man.

She told Bella magazine: “When I was on holiday in Mexico, I saw someone who was probably double the size I was at my biggest.

“We were at an all-you-can-eat buffet, and I swear on my mother’s ashes, he had eight hot-dog buns.

“I [approached him] and he told me to ‘Eff off’. It’s just not his time [to change his lifestyle]. But I did tell him.”