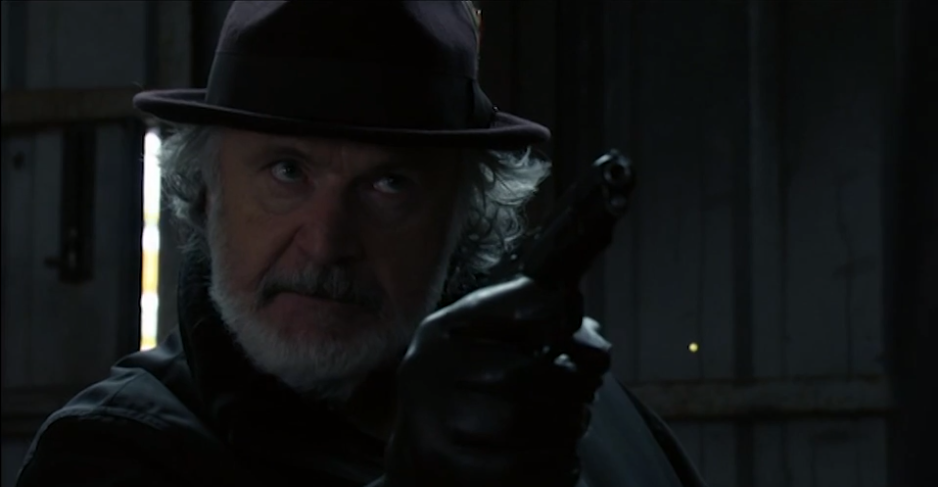 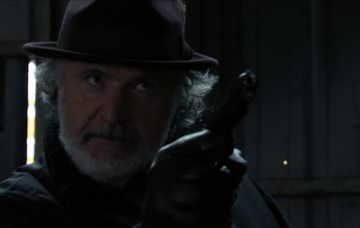 EastEnders viewers were gripped – and some a little confused – as the fall out of the botched heist played out in another hour-long special last night.

It was revealed Mick Carter had survived being shot after the bullet passed through his arm and his mystery shooter was “Halfway”, an old friend of their son Lee who is now staying with the Carter’s.

If that wasn’t surprising enough, there was then another twist when Aidan Maguire finally revealed why he had involved Vincent Hubbard in the job.

It wasn’t for his brains or looks, oh no, Aidan was dead set on revenge.

Viewers were stunned when Aidan turned a gun on The Albert owner and told him he was responsible for the suicide of his brother when he became a grass for the police.

Pointing the gun, he told him: “In 2010 one Vincent Hubbard turned in three accomplices in a drug ring in return for a reduced sentence.

“One of those lads was my brother Connor – they sent him up north… he couldn’t take it two months in he killed himself – how do you plead?”

A terrified Vincent tried to protest his innocence but was only saved thanks to Phil Mitchell bursting in and holding a gun he had acquired up to Aidan creating a stand-off.

Phil, played by Steve McFadden, said he had worked out what his old jailmate was up to after he had lied about the number of armed gunmen involved in their heist.

He managed to save Vincent after Aidan agreed he would let him live as long as he sold The Albert and gave him all the proceeds, charging Phil with ensuring the sale went through.

Some viewers were amazed by the revenge twist and feared for the life of Vincent, played by Richard Blackwood. 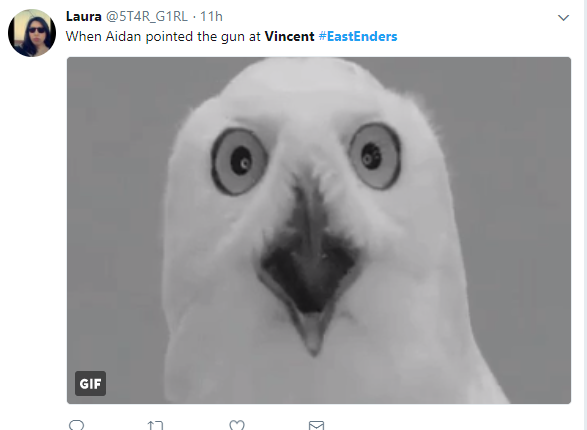 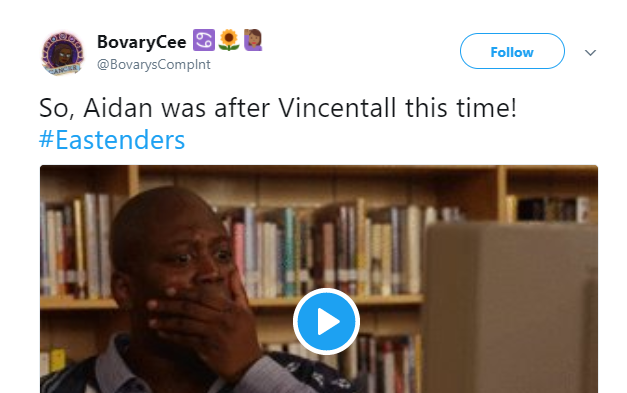 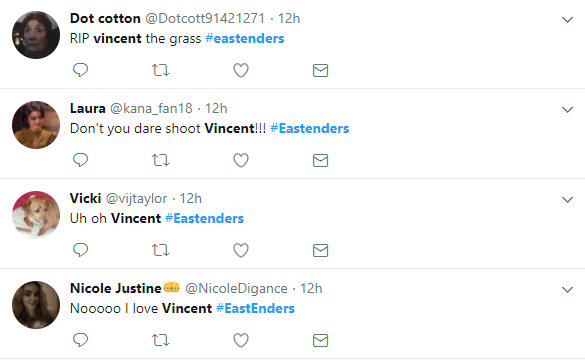 Others were pleased the heist plot was finally made clearer, with one writing: “At least Aidan recruiting Vincent despite his track record of being a grass finally makes sense.”

Others found it confusing, especially after agreeing to sell The Albert to Aidan, Vincent was seen later trying to find out how he would get his cut of the heist money from him.

One wrote: “Vincent wants his cut after agreeing to give random Aiden £20k! How does that work?”

Another agreed writing: “Vincent wants his cut from Aiden although he agreed to giving Aiden the proceeds from the sale of the Albert. Very disappointing storyline.” 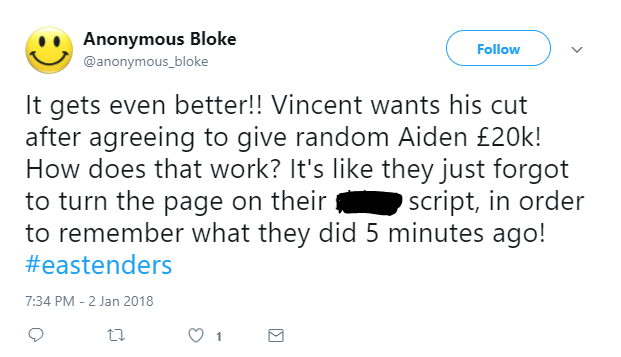 It was also revealed that the person the group stole from during the heist was Aidan’s ex-wife Ciara, who appeared for the first time last night.

Some believe she could be linked to the return of Mel, played by Tamzin Outwaite, after she made a call to someone and told them they would have to “return to their old manor” to help her find out where her money is.