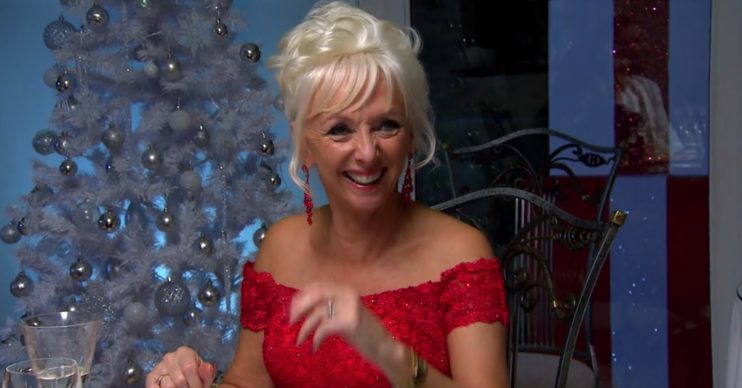 She may be gearing up for this year’s Strictly Christmas Special, but Debbie McGee shocked viewers when she confessed to a very rude sex game with late husband Paul Daniels.

Debbie, 61, was appearing on Celebrity Come Dine With Me when she dropped the bombshell, making her guests almost spit out their soup.

And it wasn’t long before stunned viewers responded to Debbie’s story, with one saying they had been ‘scarred for life’.

Read more: Debbie McGee says Paul Daniels would have found another woman within a month of her dying

Debbie was hosting celebs Shane Jenek, Charlotte Dawson, Dick and Dom and Stevo when she decided to introduce a truth game.

She asked her guests to choose which one of two stories was true.

Her first story was about standing an ex-boyfriend up so she could go on a date with his brother.

“Paul had been out one night working, so I lay on the bed naked, and on my mouth, I put ‘do not disturb’ but down here I put ‘disturb’.”

Her guests all guessed it was story two, which Debbie confirmed.

This brought howls of laughter from her guests who could not believe what they had just heard.

A shocked Charlotte Dawson then described Debbie as, “a cheeky gal.”

And it wasn’t long before viewers took to Twitter to register their own shock at Debbie’s story.

“I think I’m scarred for life.”