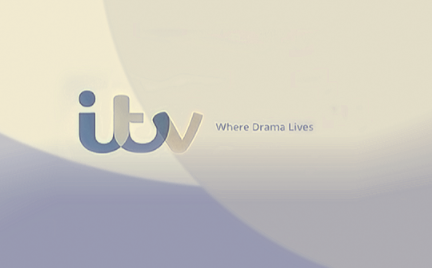 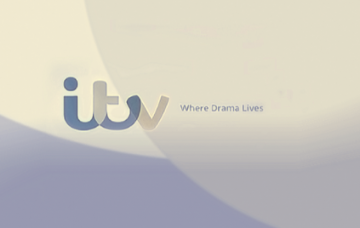 A second chance for the disgraced actor

New telly drama Girlfriends hit screens with a splash last night, with fans and critics alike raving about its quality.

Much of the credit went to its writer, TV hitmaker Kay Mellor, but ITV’s casting department also came in for praise.

Among heavyweight stars such as Zoe Wanamaker, Phyllis Logan and Miranda Richardson are some very impressive supporting actors.

One of them is heartthrob Matthew Lewis, who played geeky Neville Longbottom in the Harry Potter movies before becoming a serious dramatic actor.

Chris was sensationally booted from the Corrie cast in 2013 after a rap video he recorded went viral.

Unfortunately for him it went viral for some very unpleasant reasons – his lyrics spoke about sexual abuse of women among other nasty rhymes.

He apologised, but the damage was done.

Since then, the shamed former star has kept a low profile, but fans have praised ITV for giving him a second chance to shine.

And a third replied to ITV’s tweet about the show with: “Loved this show #Girlfriends And can I say how fab it was to see Chris Fountain back on our screens.” 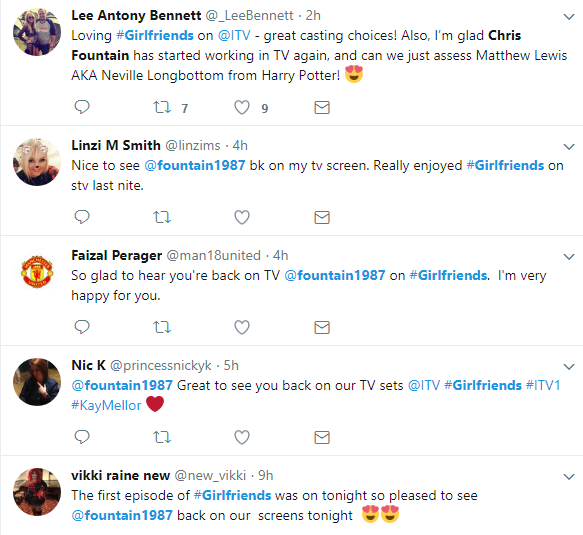 The comedy drama follows the lives of three older women as they navigate the pitfalls of a Yorkshire town.

They have to deal with a series of obstacles including divorce, age discrimination at work, and their own parents ageing.

There are five more still to air – so if you’re looking for a Fountain fix, ITV have you covered!