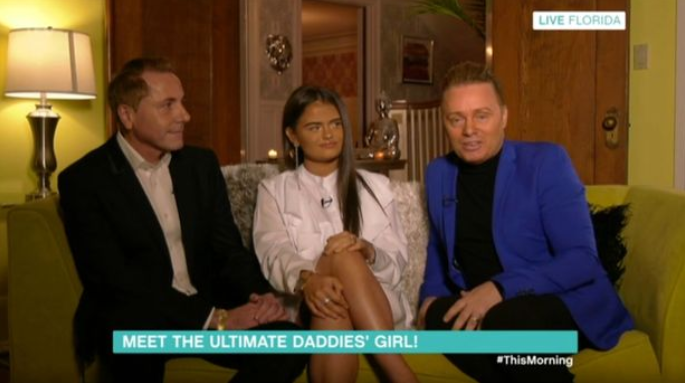 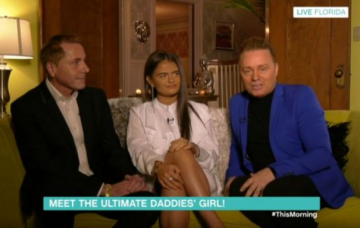 This Morning viewers outraged by teen with £5,000 a MONTH pocket money

Daddies' girl shows off her wealth in interview

When millionaires Tony and Barrie Drewitt-Barlow decided to have children back in 1999, they found themselves making history when they became the first gay couple to father children.

They eventually had twins, daughter Saffron and son Aspen, with a surrogate mother, and those twins recently turned 18.

But daughter Saffron has been the centre of a furore since appearing on This Morning with her parents, bragging about her £1million wardrobe, the luxury cars she owns and the incredible £5,000 a month pocket money she receives.

Read more: Which Loose Women presenter hasn’t been to a dentist in NINE years?

Her dad Tony even admitted that she often spent a lot on her AMEX credit card and could get up to 30 notifications a day about her purchases, including an unbelievable £50,000 in Harrods. 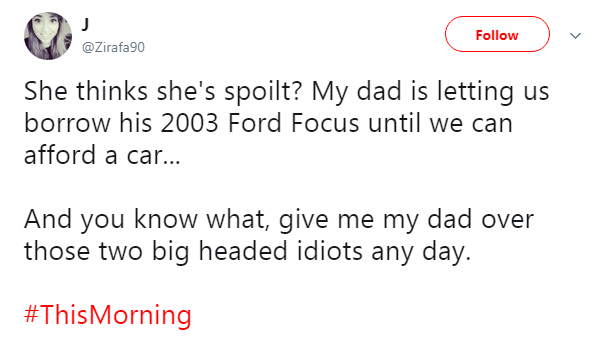 Others thought the dads were more to blame…

Viewers were not happy after both Saffron and her two dads bragged about their wealth, with Tony and Barrie saying how they loved to spoil all five of their children.

Read more: Rylan talks about his This Morning departure

Phil even asked Saffron whether she thought she was spoilt.

“People think I’m spoilt,” she said. “Over the years I’ve been spoilt [but] I’m very appreciative.”

But Barrie insisted that their daughter was hard-working as she owned her own company, and that she had woken up at 3am to do her make-up for the interview.

Can’t fault her drive and dedication!