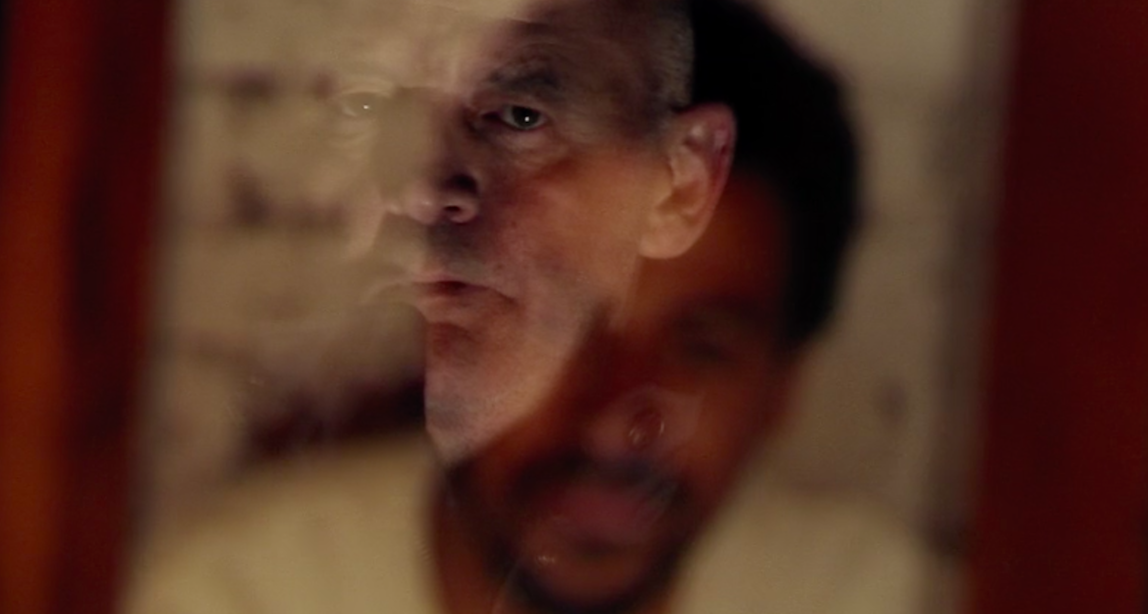 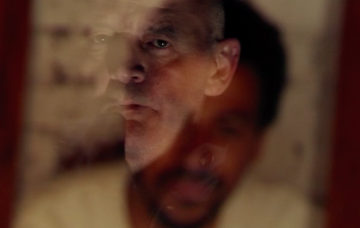 The residents of Coronation Street held a vigil for murdered mechanic Luke in last night’s episode, but fans were left confused by the strange scenes.

Viewers took to social media to share their feelings baout the “creepy” vigil – and to laugh at the choice of music.

The Nazirs organised the vigil, with a photograph of Luke, and his favourite music playing and his friends on the cobbles lined up to light a candle and each say a few words about the murder victim.

But viewers weren’t impressed, with one fan branding the vigil “weird” and “creepy” as the camera zoomed in on Phelan’s face reflected in the glass of Luke’s photograph .

But it was the music that played throughout the scenes that really got people talking.

Some fans said it sounded like the music you hear in a spa. “What was he a budhist? or massage therapist?” asked one viewer. 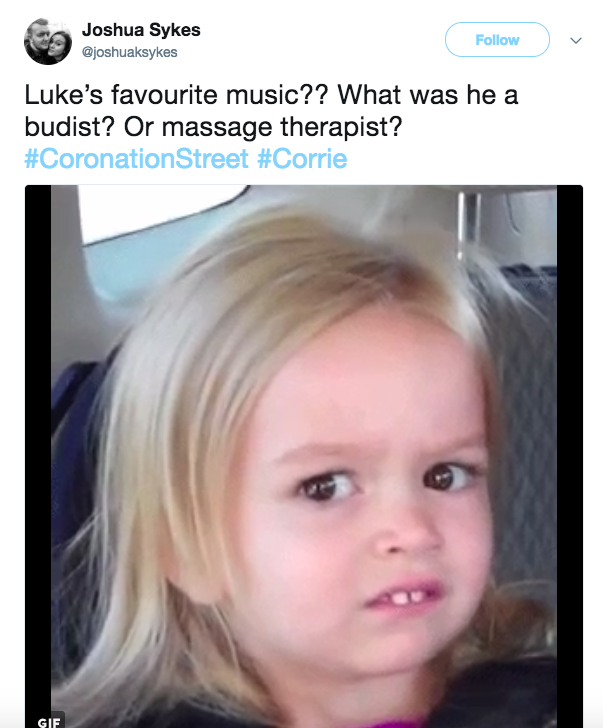 Others suggested it sounded like hold music from a call centre, or even the soundtrack to a saucy film! 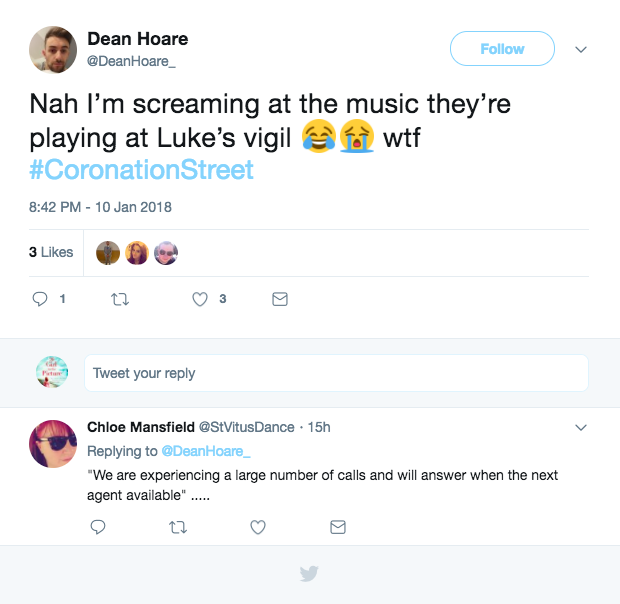 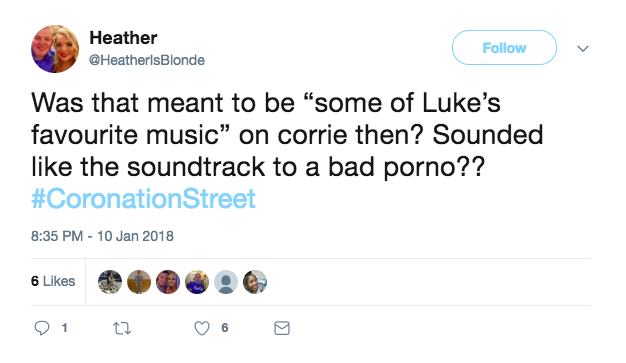 Another viewer sarcastically pointed out that Luke didn’t seem the sort of guy who listened to “flamenco guitar played over an RnB beat”. 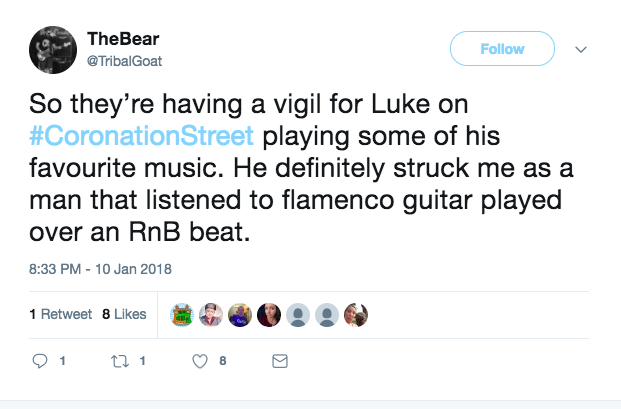 And one fan begged #giveLukebettermusic! 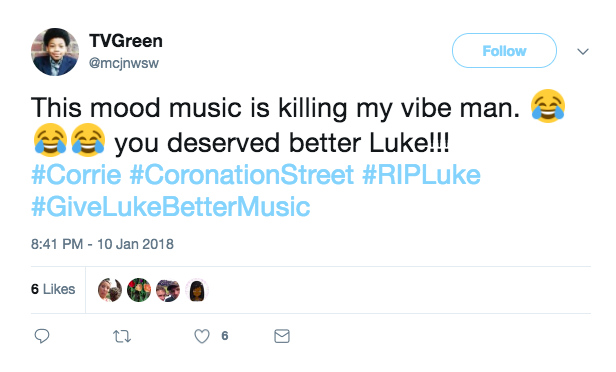 But viewers were impressed with the sheer brass neck of killer Phelan turning up at his victim’s vigil – and even saying a few words.

“May God have mercy on whoever did this,” Phelan said.

“Phelan so bold to rock up at Luke’s vigil,” said one fan. And another added: “Phelan has no shame at all.” 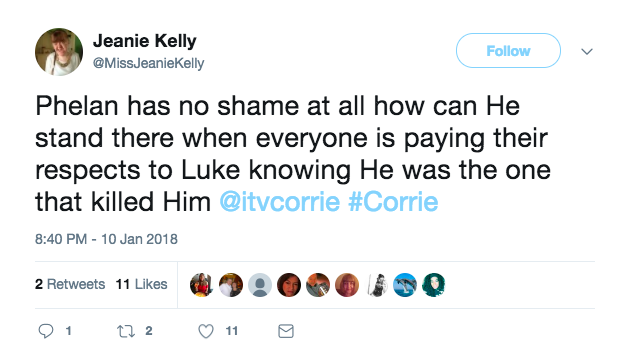 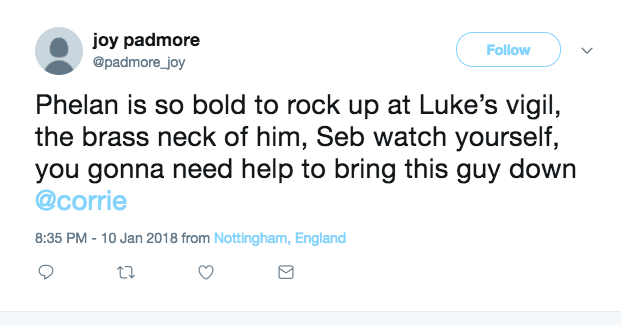 With Eileen finally having her own suspicions about her murderous husband, let’s hope Luke doesn’t have long to wait to get justice!