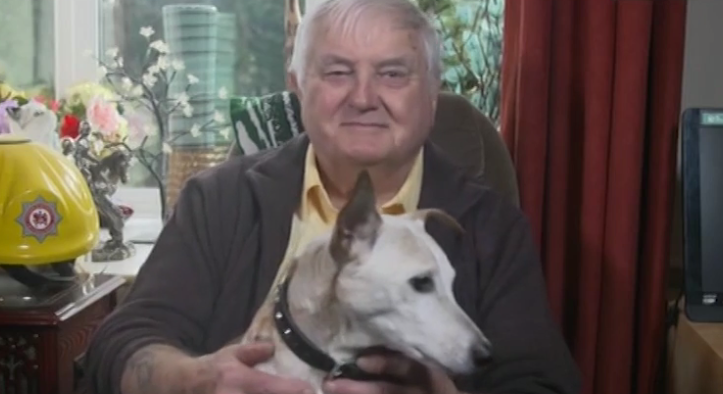 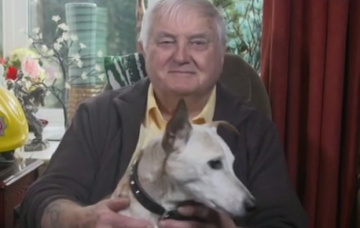 His advert didn't get the response he wanted

An 82-year-old widower had This Morning fans reaching for their hankies as he explained on today’s show that he’s looking for companionship again.

Dave Vallance, from Ivybridge, Devon, lost his wife Doreen last year and admitted that he’s been feeling lonely ever since.

The pensioner told Eamonn Holmes and Ruth Langsford that he’s been actively seeking a new ‘friend’, even having an advert placed in a local shop window.

But Dave broke viewers’ hearts when he revealed that he hadn’t received a single offer.

Cradling his dog, Dave explained that a pal of his had put the ad in a shop window back in August.

It read: “Gent in good order, looking for companionhip with a lady 70-plus, Ivybridge area. Non-smoker and non-drinker. For friendship, days out etc.”

However, the message didn’t solicit the kind of response he was hoping for.

He said sadly: “Unfortunately, I never had one call. I think these days, people are very wary of phones and that, because you never know who you might meet.”

On the plus side, the advert somehow attracted the attention of ITV, who decided to invite Dave in for an interview.

And Eamonn and Ruth revealed that they would be having a phone-in to try and match the widower up with a suitor.

In the meantime, viewers took to Twitter to pour their hearts out about the sad segment.

Alongside a couple of crying emojis, one wrote: “Dave is killing me. I hope someone answers his advert!”

Another swooned: “Dave on This Morning makes my heart melt. All the best in finding love again. Lovely story!”

Dave’s daughter Susanne, who appeared with him at the end of the interview, is in no doubt that her father’s fortunes will change soon enough.

She said: “I’ll support him. I’m not going to worry about Dad.