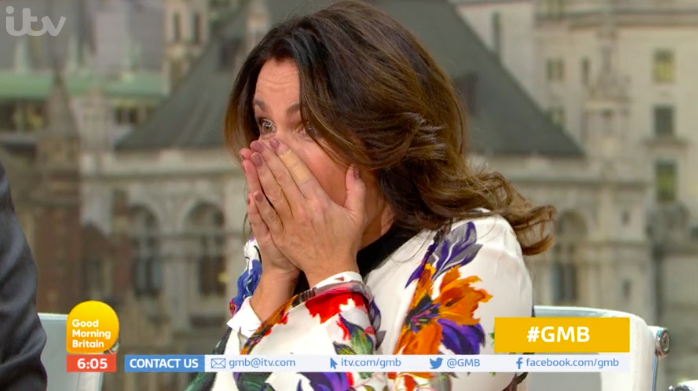 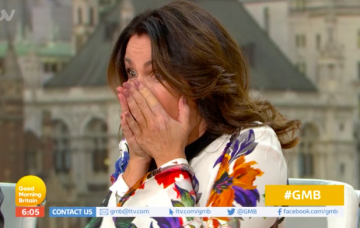 Viewers in hysterics over “Richard’s snake” on Good Morning Britain

This was not just hilarious telly - but genuinely quite scary

It was a wild start to Tuesday’s Good Morning Britain when presenter Richard Arnold arrived on set with a huge snake.

Viewers were quickly in fits of laughter as the jokes started about the “giant snake wrapped around” the TV star.

This creature got a little too intimate with Richard Arnold… How close would you get to a snake this big? @RichardAArnold pic.twitter.com/kcJZkcjzPE

Presenters Piers Morgan and Susanna Reid piled in with the innuendo after Richard introduced the reptilian guest, as part of a segment about I’m A Celebrity… Get Me Out of Here!

Piers asked: “Ever had anything like that in your hands before, Richard Arnold?” As Richard replied: “I’m never seen a snake this size!”

Piers cheekily added to his co-star: “Susanna, ever seen anything like that before?” and she smirked as she told him: “I’m quite familiar with sitting beside something like this every morning…”

Amusingly, the snake – named Jonathan – seemed particularly enamoured with Susanna, and kept diving at her.

It alarmed the usually-brave 47-year-old, who warned: “Richard, if you could just keep your snake under control this morning…”

She added wryly: “I’m not sure why snakes are drawn to me.”

Piers, 53, then laughed at the idea of Richard being killed by the snake, telling viewers: “There’s a 50/50 chance he’ll die on air.

As the snake dived for Susanna again and again, she seemed to get freaked out, shrieking as she said: “Oh, for goodness sake! I’m not scared of snakes, but frankly I don’t need it that close to me!”

Richard was ordered to leave the panel with his scaled pal, at which point “Jonathan” wrapped itself around the entertainment correspondent’s leg, with just its tail peeking out around his groin.

As the cameras zoomed in on Richard’s trouser snake, the 48-year-old deadpanned to viewers: “Honestly, you’d think he’d buy me a drink first.”

Viewers were beside themselves over the innuendo and ensuing chaos on the ITV morning show.

One tweeted: “Just hilarious, don’t see enough of @RichardAArnold, he needs his own show 😆.”

Another added: “Richard Arnold and his trouser snake. Funniest thing I’ve ever seen!”

A third wrote: “Oh my lord that is the funniest thing I have seen on TV. Good on you @RichardAArnold. I wish GMB would give you more air time.” A fourth cracked: “Look at that tiny little thing between his legs!!!”

This might be the greatest thing to ever happen on GMB. Clearly Jonathan should be a regular guest on the panel…

Did you enjoy your glimpse of Richard’s snake? Leave us a comment on our Facebook page @EntertainmentDailyFix and let us know what you think.