Last night's EastEnders was pretty dark, we've got to admit, with the hit man and the teeth and Billy's bloody face.

But among all the darkness was a very welcome moment of light relief.

Mick Carter had called a hit man out of desperation. He wanted to get rid of Aidan Maguire once and for all - and he couldn't see another way to do it.

He arranged to meet the hired killer in the pub, but of course he didn't know what the fella was going to look like.

So when a bloke came in and asked for a tonic water - and then raised his glass to Mick - the landlord thought he was the one.

I just fancied a roll about...

He sidled over and spoke to the startled man - who immediately thought Mick was after something else. 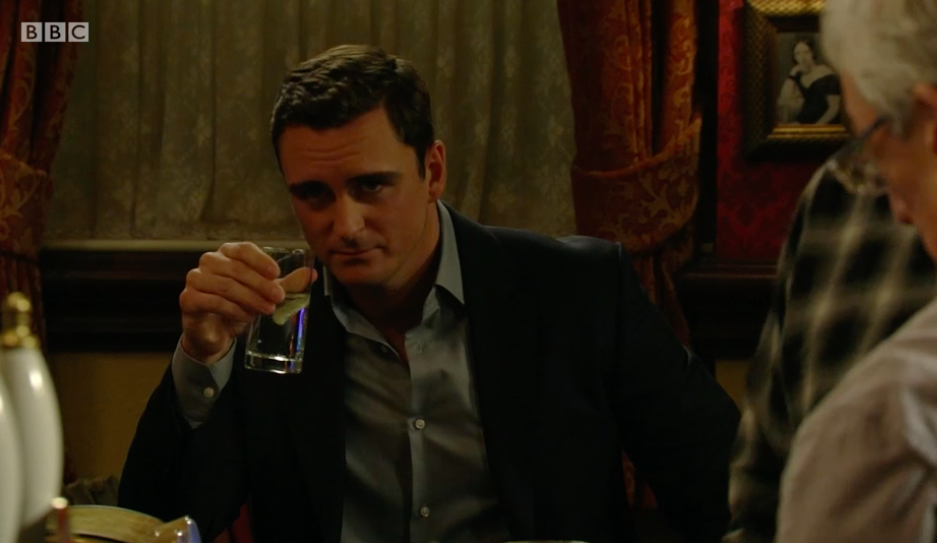 The customer raised his glass to Mick (Credit: BBC)

It was Mick's turn to look surprised.

Realisation dawning, Mick said: "You're not the geezer I called earlier?"

"For what?!" asked the customer.

And Mick, being Mick, styled it out.

"I just fancied a roll about," he said. 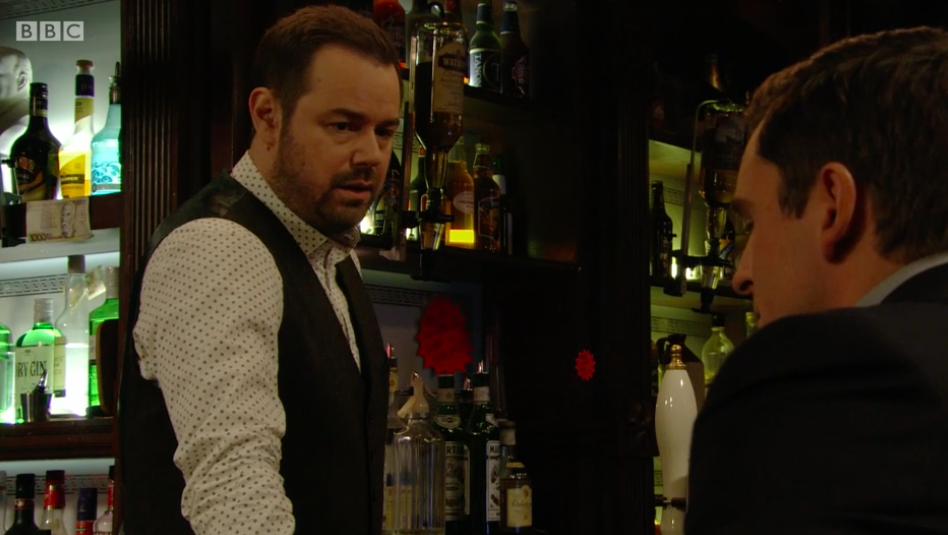 Mick got the wrong end of the stick (Credit: BBC)

The customer, not surprisingly, legged it. And the viewers loved Mick's cheeky cover-up.

"First time in ages that I LoL at #eastenders," said one fan.

"Screaming at Mick and that man in the vic," laughed another. While another said Mick was "an absolute riot". 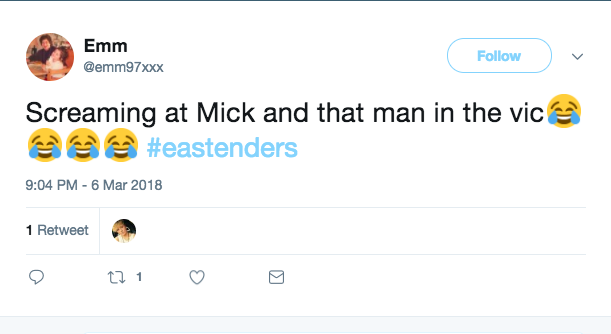 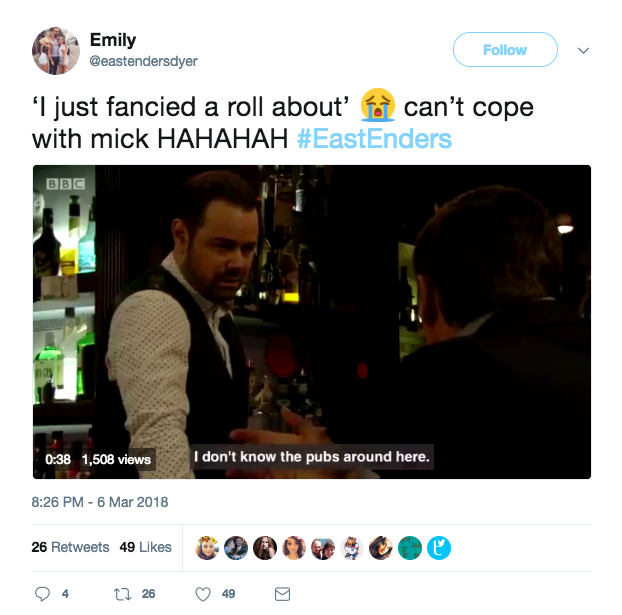 "I can't cope," giggled another fan.

Did you enjoy Mick's mistaken identity blunder? Leave us a comment on our Facebook page @EntertainmentDailyFix and let us know what you think!