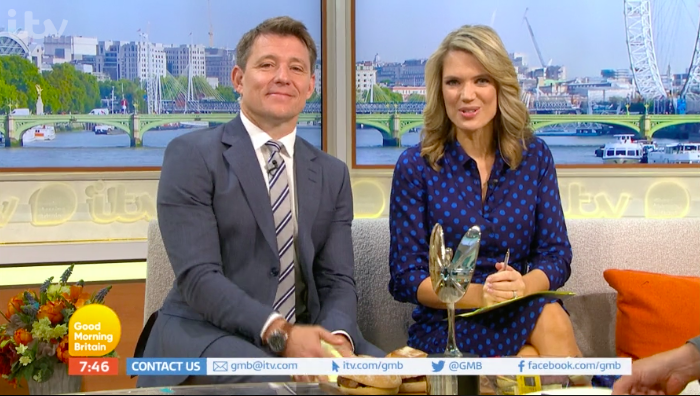 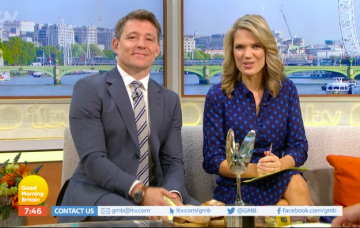 It was a hot topic on Friday's show

Good Morning Britain divided its viewers on Friday morning by airing controversial segment on Disney movies – and whether they should be banned.

Scarlett argued that Disney should be rewritten to reflect modern women, while Adele said it was “crazy” to suggest it.

Author Scarlett, who is daughter of screenplay writer Richard Curtis and Emma Freud, said: “A lot of these stories do give young girls – at a really young age – an unrealistic expectation of what they should want from their life.

“And these words permeate our society. We have the phrase ‘fairytale endings’ and ‘find your Prince Charming’ and that only really applies to thin, white, subservient women, who get whisked off their feet by rich, white men, and we need to represent the diversity of what a woman can be.”

She also pointed out: “Sleeping Beauty has 18 lines in the entire film and spends half of it asleep and all the stories were based on stories written by men.”

Presenter Charlotte asked if they should be banned and Scarlett replied: “I don’t think it’s about banning anything,” and pointed out how Disney was now going in the right direction with movies like Frozen and Tangled.

Adele argued: “I wouldn’t want our history rewritten. If we’re going to change those, are we going to change all the Fred Astaire classics, where women were danced off their feet? Where does it stop? For me, that is history. We start, ‘Once Upon A Time…’.”

She added: “I grew up with a lot of fairytales and we are a strong feminist family. My son, my husband are feminists. I don’t think I was somehow polluted by watching fairytales.”

The segment, titled “Unhappily ever after?” was inspired by two A-listers commenting on the issue.

First, Keira Knightley claimed in an interview that she doesn’t let her daughter watch Cinderella, because “she waits around to be rescued”, and then Frozen star Kristen Bell admitted she thought it was “weird” that Sleeping Beauty was kissed by the prince without her permission.

Many fans were outraged it was even a question.

Another wrote: “This makes me sooooo mad, leave the classics alone, brilliant films, people are seriously overthinking things these days, world’s gone mad!” while another viewer added: “They are Fairy tales for goodness sake get a grip!”

A fourth commented: “That would make for some short films, Rapunzel jumping out a tower to her death, Sleeping Beauty would still be asleep, Cinderella would still be mopping her floors 🙄 this is all getting boring now.”

Others tried to defend the comments tweeting: “I have read @IMKristenBell comments on the backlash she has faced to these comments, she is coming from the right place in terms of wanting the best for her kids.”

Another added: “Couldn’t agree more. But why just Disney? Why not rewrite Romeo & Juliet as a same sex couple?”

A third wrote: “Have to say I agree with #Keira on Disney princesses. Not banned exactly, but not encouraged when my daughter was growing up. I know she saw them but she knew why I objected and we talked. Brave was better and we both still love that one! #raisingafeminist.”

While more pointed out Disney had plenty of positive female role models with one writing: “Does disney not already portray strong minded women… in films such as pocahontas, mulan, brave etc?”

It seems most people watching at home agreed it was silly to critique Disney in this way.

Frozen star Kristen Bell has said that Disney films should be rewritten for 2018's women.
Is it time to ditch princes rescuing damsels in distress for princesses rescuing themselves? pic.twitter.com/dL7BA18UtS

GMB’s online poll asked: “Is it time to ditch princes rescuing damsels in distress for princesses rescuing themselves?” It has so far had almost 5,000 votes, with only 10% voting yes, and 90% saying no.

It follows a similar segment on Thursday’s This Morning, where presenter Holly Willoughby made a surprising revelation about Disney.

During the discussion, the mum-of-three admitted her middle daughter is named after the main character in Beauty and the Beast.

She said: “I called my daughter Belle after a Disney princess. I walked down the aisle to a song from Disney.”

Holly – who married producer Dan Baldwin in 2007 and is also mum to Harry, nine, and four-year-old Chester – continued: “I think in a way, is it not insulting to suggest a woman – as she grows older – can’t differentiate between fact and fiction?

“Or that the prince might not be a prince that has come out of a castle, but to you individually the man you marry and fall in love with has prince-like qualities, because he is the one for you?”

Phil agreed with his pal, insisting: “You’re messing with tradition. You’re fiddling about with that. When are you going to stop? Are you going to think, Actually, you know what, I’m not sure we like Bronte and the relationship between men and women because that was very much of a time then.

Read more: Piers Morgan and Susanna Reid get pied in the face amid heated debate

We can see the point Scarlett was trying to make, but we will never stop loving Disney. Long live fairytales…

What do you think of Disney movies? Leave us a comment on our Facebook page @EntertainmentDailyFix and let us know what you think.