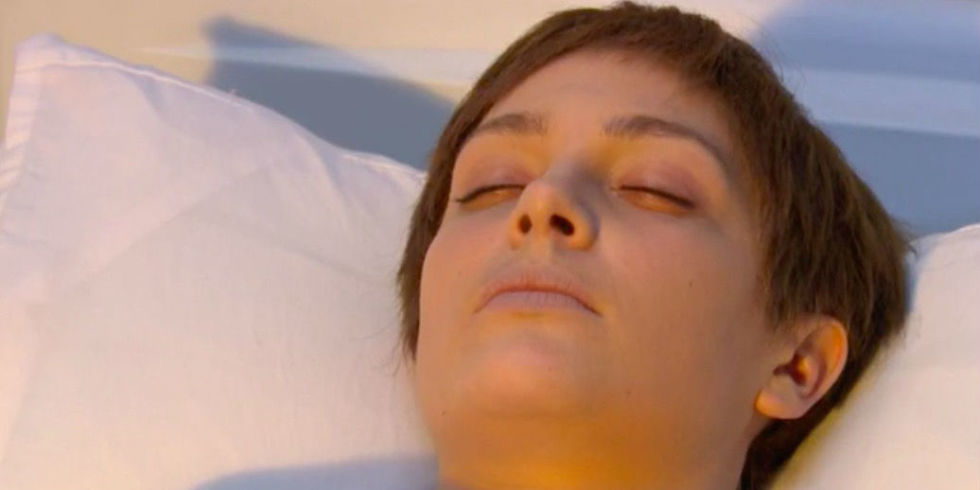 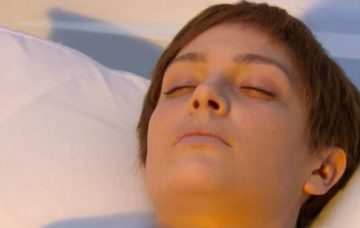 Hollyoaks viewers distraught as Sienna is murdered – and they were shocked by WHO did it!

Hollyoaks fans were horrified when a character on the soap was unexpectedly killed off last night (Tuesday 15 May).

Fan favourite Sienna Blake was murdered by her own daughter Nico, who had seemingly come back from the dead to exact revenge on her mother in a dramatic episode aired on E4.

In a spectacular twist – even by soap standards – Nico revealed herself to be her mother’s stalker after months of mystery.

The character was originally thought to have died in a fire in 2016 after being abandoned by Sienna.

After Nico showed herself to her disbelieving mum, there was hope that the two may be able to work things out…

But when Nico realised Sienna had tried to call Joel for help, a vengeful Nico stabbed her mum in a fit of rage.

An injured Sienna then ran out of her flat and into the village carrying baby Sebastian, who she then passed to Joel before collapsing.

After being rushed to hospital, Sienna said an emotional goodbye to her loved ones – before flatlining in shock scenes.

She was pronounced dead in the closing minutes of the episode.

Anna Passey, who plays Sienna, was one of the first on Twitter after her character’s death.

She said: “What an episode @Hollyoaks. This past five and a half year’s journey has been a wild one for our Sienna and I have loved her in every moment!

“So much love and thanks for everyone that came along on that journey with us!”

What an episode 😿@Hollyoaks
This past five and a half year’s journey has been a wild one for our Sienna and I have loved her in every moment!
So much love and thanks for everyone that came along on that journey with us!❤️

Hundreds of shocked Hollyoaks fans gathered on social media to share their amazement at the sudden death, with many claiming to be in floods of tears.

One tweeted: “THIS HAS GOT TO BE THE BEST EPISODE YET! I DONT KNOW HOW TO FEEL ABOUT THIS. #NightmareNico HAS STABBED SIENNA OMG! YOU’RE KILLING ME TONIGHT.”

SIENNA IS DEAD NO #hollyoaks pic.twitter.com/4zNQHFEGw3

Hollyoaks has well and truly broken my heart tonight. Can't believe Sienna is gone, she was one of my favourite characters😭😭😭

OMG Nico what have you done #Hollyoaks

OMG hollyoaks what are you doing to me tonight. Give me heart palpitations that's what! Love it #Hollyoaks #E4 #Nico #Sienna

My FAVOURITE character in #hollyoaks just died and I am GUTTED!! What a shock!!! Well done @MissPassey you’re an amazing actress and l will certainly miss you playing Sienna 💔

Another said: “Hollyoaks has well and truly broken my heart tonight.”

Sienna’s death came just days after Ryan Knight, played by Blue star Duncan James, was killed off from the soap.

So, with Sienna dead, Nico is still on the run in the village…

Will Nico be caught once and for all, or will the Nico nightmare continue for the residents of Hollyoaks?

What did you think of the shocking twist? Leave us a comment on our Facebook page @EntertainmentDailyFix and let us know what you think!