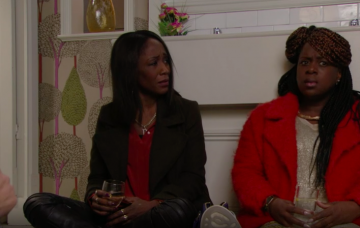 They weren't impressed by the "filth"

There was a touching scene in last night’s EastEnders when Kim Fox-Hubbard finally opened up to sister Denise about her miscarriage.

The sisters sat together in the loo at the Vic – along with friend Carmel – as Kim spoke about how upset she’d been feeling.

Sad times, no doubt. But what EastEnders viewers were mostly worried about was the fact the women were sitting on the floor – in a pub toilet!

“That’s filth,” said one horrified fan, while others made good use of their vomit emojis to express their disgust.

“Ergh, why would you sit on the floor of a pub toilet,” asked another.

“Classy,” said one viewer. “Sit and drink on a toilet floor in a pub.” 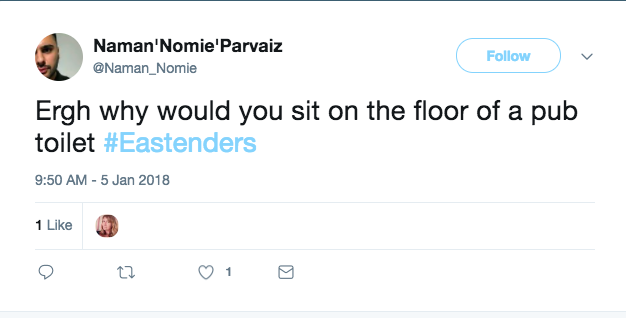 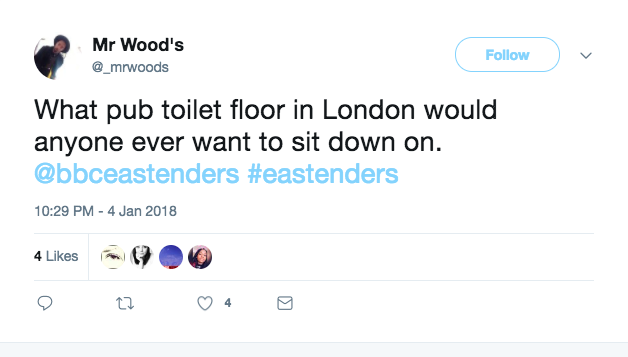 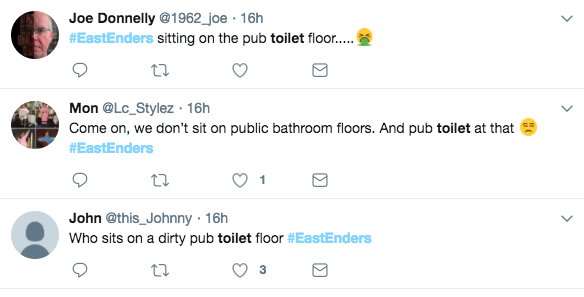 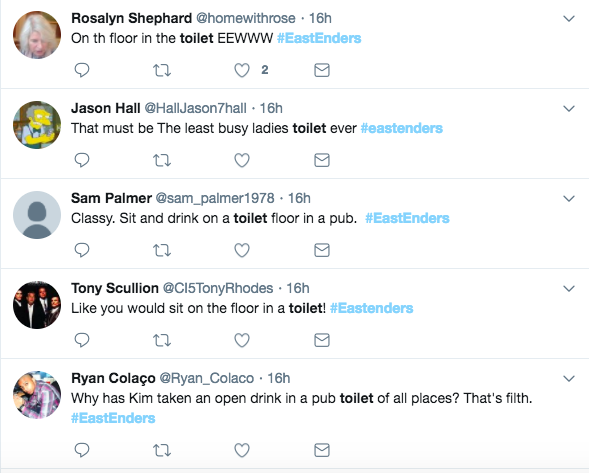 But there was a poignant reason behind Kim’s choice of venue to tell her sister what happened to her baby. She gave birth to little Pearl in the exact spot.

And lots of viewers were moved by Kim’s sad story.

“This scene is actually really lovely,” said one fan.