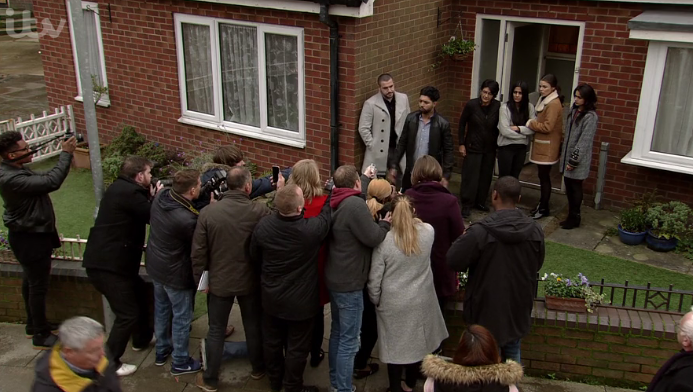 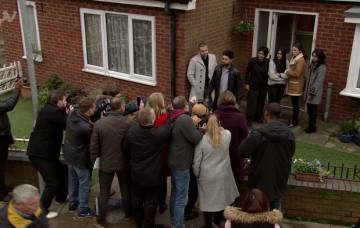 It was such an emotional one!

There was high drama in Weatherfield on Monday night as the Nazir family faced the press in the wake of Luke Britton’s murder.

With Zeedan, Yasmeen and Alya taking turns to condemn the people who killed Alya’s boyfriend, tensions threatened to boil over.

However, eagle-eyed viewers noticed that one of the assembled photographers seemed rather non-plussed by the whole shebang.

And many took to Twitter to have a good old laugh about it.

As journalists fired questions at the devastated family, the photographer to the left of the screen could be seen tapping away at her camera.

But viewers were adamant that the actor’s heart wasn’t in it.

One viewer mocked: “I love her vacant facial expression while she repeatedly taps her finger! Brilliant!”

Another added: “….. and the Oscar for best actress goes to @itvcorrie’s female photographer.”

And a third simply wrote: “I can’t stop watching and dying.”

Zeedan told the press that he knows who left Luke to burn to death inside his car – the family are convinced he was killed by racist businessmen.

Shortly after, the real culprit – Pat Phelan – stumbled out of the Rovers Return.

In typically insensitive fashion, the evil villain launched into a slow handclap – and his sly gesture also had fans taking to social media.

One fumed: “That slow clap was so cringeworthy #corrie.”

And another commented: “How does Pat live with himself? Omg to start clapping – I mean, seriously.”

After the last few months, nothing surprises us about Phelan any more!