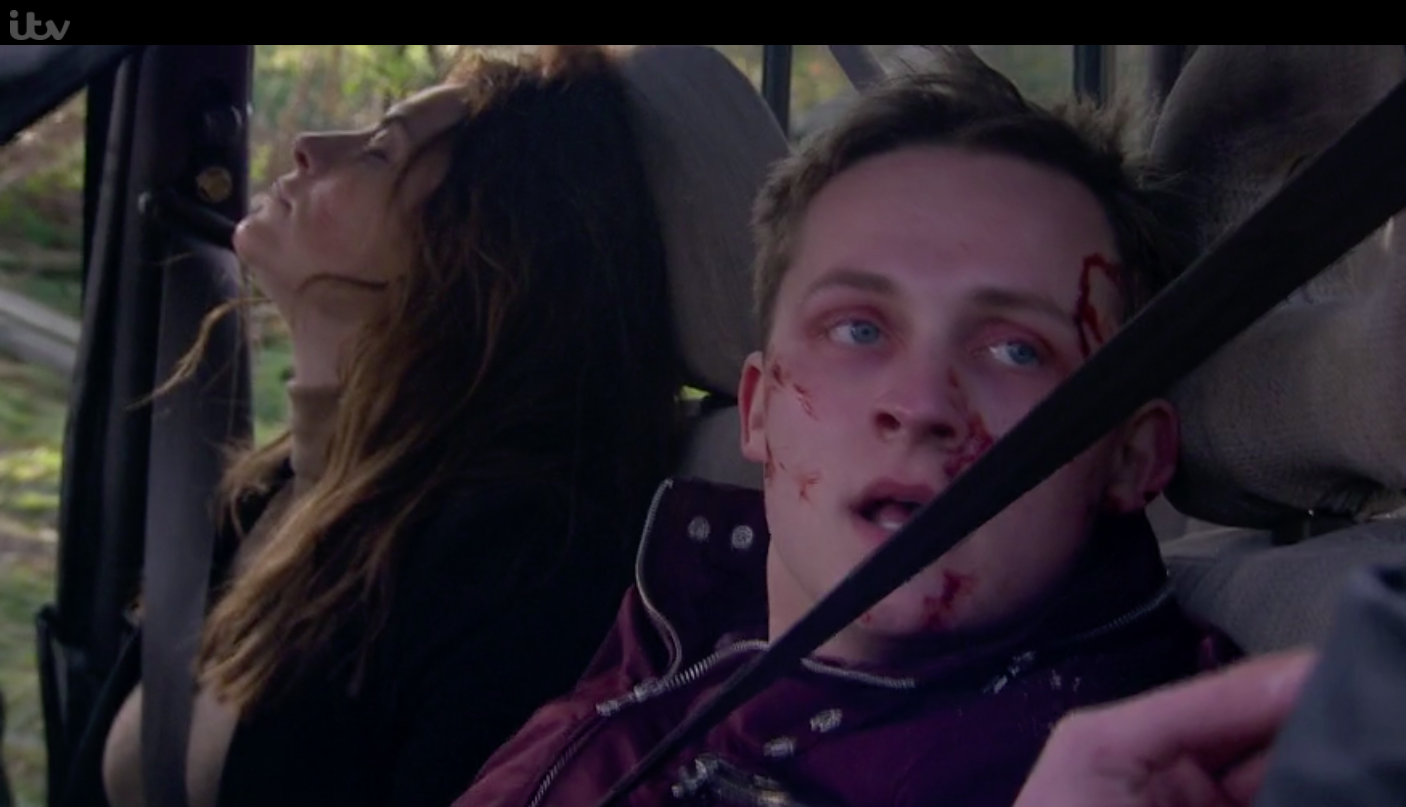 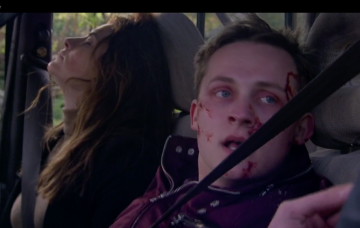 Did the brutal stunt go too far?

Emmerdale fans have slammed the “graphic” scenes in last night’s episodes as “too much”.

Fans were still discussing the brutal crash – which saw Lawrence and Chrissie White killed – late into the night on social media, with many viewers agreeing that the stunt was too horribly realistic.

“I think that crash scene was just too graphic,” said one viewer.

And another agreed: “That crash looked so real.”

Out for revenge on his mum, Lachlan grabbed the wheel as she drove and the car swerved into the path of a lorry. Lawrence was thrown from the car and killed, Chrissie died at the scene, and Rebecca was rushed to hospital for emergency surgery.

But Lachlan – who’d caused the crash – managed to walk away with just cuts and bruises. And the fans weren’t happy about that, either!

“Emmerdale is just too much,” wrote one viewer. “Gutted that Chrissie dies.”

And another wrote: “That has got to be the most brutal car crash in soap history. Only Lachlan deserved to die like that.” 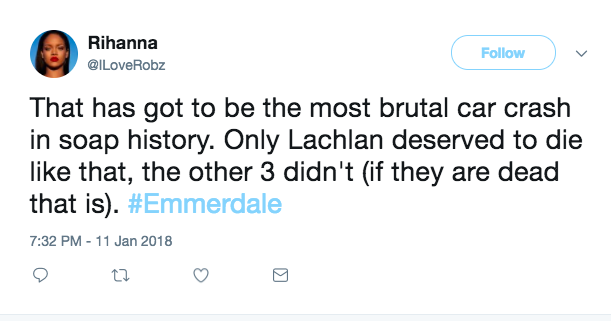 But some viewers loved the traumatic scenes. One fan wrote: “Really dramatic stuff. The crash was epic, Lachlan was scary as hell and I loved the scene between Rob and Chrissie.” 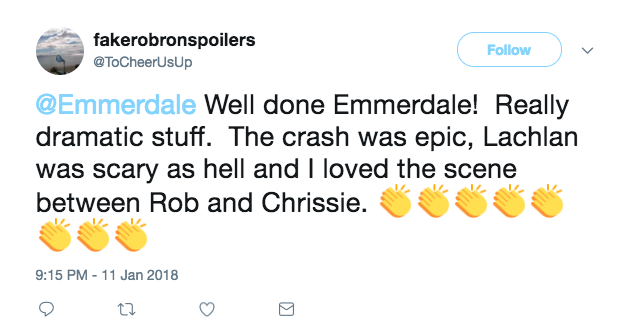 Robert – who witnessed the crash – is already suspicious that Lachlan caused it, and he will grow convinced in tonight’s episode as the teenager discusses the possibility of having to switch of Rebecca’s life-support machine.

Doctors are concerned that she has a life-threatening internal bleed that they have not yet located.