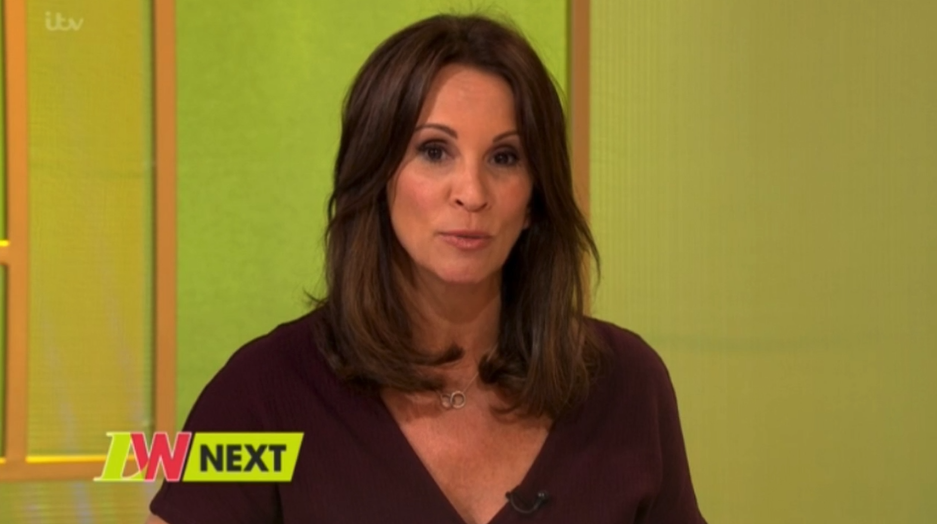 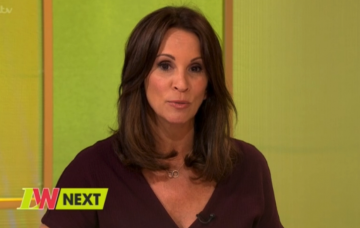 The Essex comedian was on the show to catch up with the Loose Women on what he’s been up to lately.

But during his interview, Russell said “bloody” twice, with Andrea telling viewers she was “sorry” for what they had just heard.

As Russell dropped the b-word twice, Andrea said: “I’ve been told in my ear that you have to stop saying that word.”

Completely unaware of what he had said, Russell asked: “Which one?”

Andrea replied: “The b-word, like bleeding in the past tense.”

Russell responded: “My apologies to anyone offended by my language. I apologise for that, it’s because it’s such a natural environment! I need to check my language.”

Viewers were quick to take to Twitter to question what exactly the problem was, as they didn’t personally find the word that offensive.

One person tweeted: “Are people actually complaining about Russell using the word bloody?”

Another said the show was being “slightly dramatic” with the apology.

Others had similar views.

Meanwhile during the chat, Russell had the panellists and the studio audience in fits of laughter after revealing he once locked lips with Prince Harry’s future wife Meghan Markle!

“Is it true that you’ve snogged Meghan Markle?” Andrea asked.

“As a matter of fact it is,” Russell replied, as the audience wolf whistled.

But he clarified that the cheeky kiss with Meghan happened in 2009, when they were filming the movie, Get Him To The Greek.

Russell explained: “Before you get carried away with it, she was in a film I was in, Get Him to the Greek. She wasn’t married to a royal, so I wasn’t paying attention.”

Russell said he didn’t really remember the scene, but added: “I think I planted one on her, [it was] scripted in the scene. I only know this because I think I saw a clip of it somewhere.”

He then joked: “They should bring that up [at the wedding]… if anyone has any reason [why they shouldn’t marry]… yeah Russell Brand snogged her in the film!

The audience erupted into laughter at that comment because Meghan’s dad has been accused of working with a photo agency to stage paparazzi photos.

Thomas Markle, 73, has since said he will likely not attend the royal wedding due to poor health, claiming he must undergo heart surgery on Wednesday.

His daughter Samantha, who is Meghan’s estranged half-sister, has said she was the mastermind behind the staged photos as she wanted to make her father look good in light of previously unflattering paparazzi images.

Are you excited to watch the royal wedding this weekend? Leave us a comment on our Facebook page @EntertainmentDailyFix and let us know what you think!