We can see this!

They’re both as manipulative as each other so maybe it was only a matter of time but Emmerdale fans are pretty sure romance is just round the corner for Joe Tate and Rebecca White!

Last night fans watched a confused Rebecca try to come to terms with everything that’s happened to her.

Poor Rebecca was bewildered by Lachlan’s story of the crash, and desperate to see her baby.

First she was scared of Lachlan and convinced he had something to do with the crash, but her nasty nephew persuaded her that her brain wasn’t working right and he was on her side.

But Rebecca was still upset, and she ran away from the hospital to find out what was going on.

But of course, Rebecca’s missed the whole Joe Tate buying Home Farm thing. So it was revealed she’d fled to her old house and was sitting sobbing on the floor.

And that’s where Joe found her.

When she saw him, she ran into his arms, and Joe showed a caring side as he looked after the upset new mum.

The fans immediately flooded social media with their predictions of a romance for the pair.

“That scene with Joe and Rebecca was adorable,” said one fan. 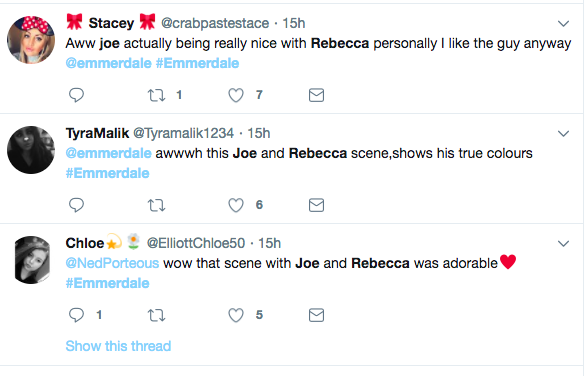 “Omg I need Joe and Rebecca to be a thing,” said another. 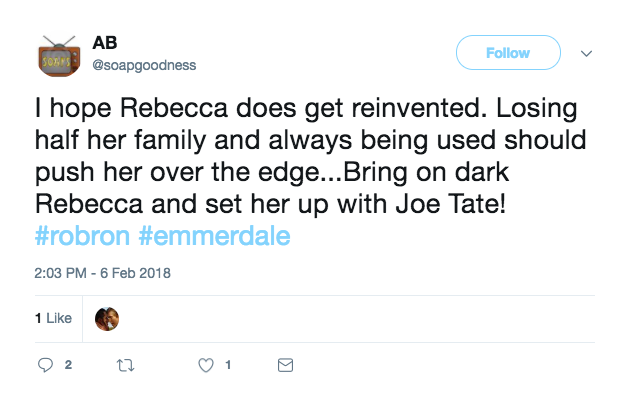 “I fully need Joe and Rebecca,” begged another viewer. “There is something there,” agreed another fan. 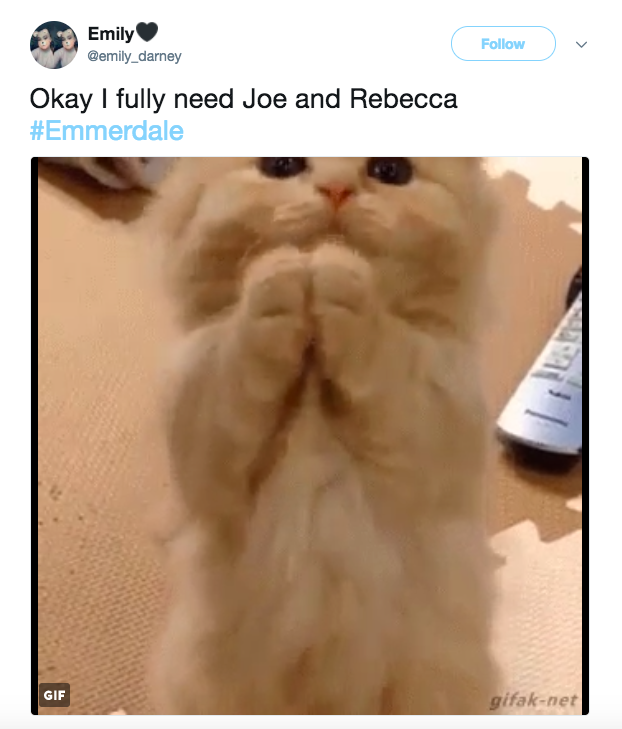 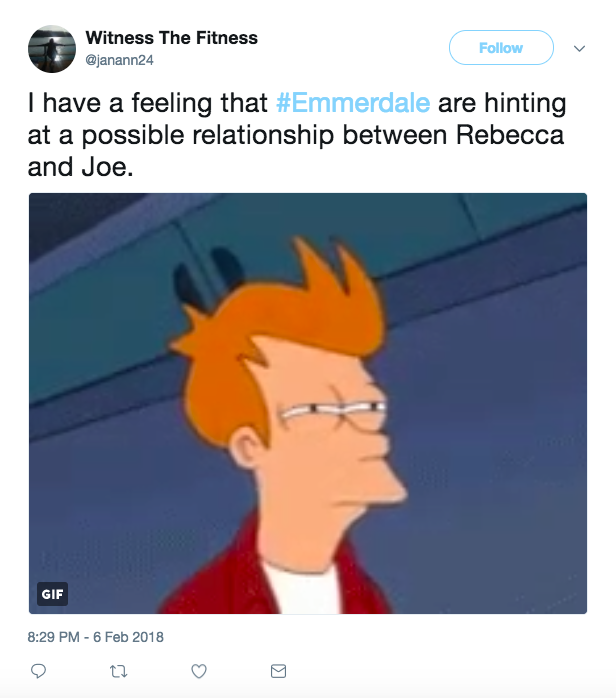 And others saw another positive to any future Joe and Rebecca romance. 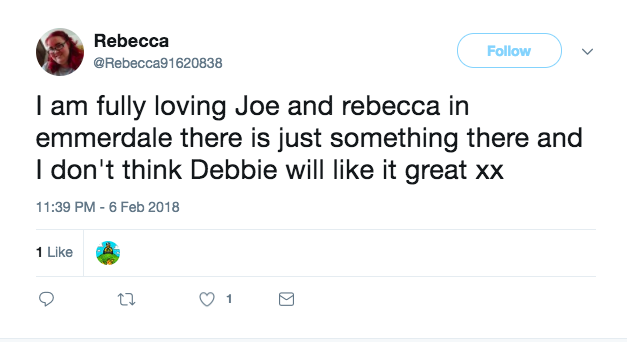 “I don’t think Debbie will like it,” said one viewer.

And another added: “At least she will be away from #Robron.”

Do you think they would make a good couple? Leave us a comment on our Facebook page @EntertainmentDailyFix and let us know what you think!