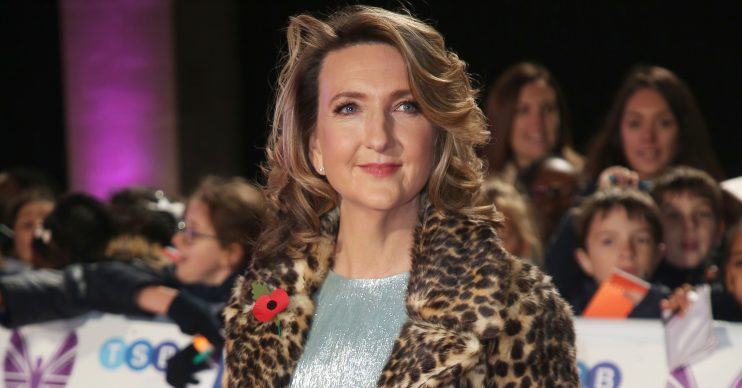 She claims medication is "grim"

Victoria Derbyshire has opened up about the realities of her post-cancer life, including the debilitating side effects of her medication.

The presenter was diagnosed with breast cancer in 2015, and underwent a mastectomy and chemotherapy to eradicate the disease.

But in a revealing interview with The Times she said that, while she’s now cancer-free, staying that way comes at a cost.

She was prescribed a ten-year course of tamoxifen to help prevent a recurrence of the cancer, but the side effects can leave her in huge amounts of pain.

“It’s designed to help prevent the cancer coming back,” Victoria said. “The side effects are reasonably grim: debilitating joint pain.

“At times, I’ve felt like an 80-year-old woman with arthritis. Turns out that trying to get out of bed in the morning when my hips, neck and shoulders have completely seized up is tricky and painful.”

She claimed that she resented having to take the pill for a while, until her partner, Mark Sandell, made her realise that the benefits outweigh the side effects, as the drug was keeping her around for him and for their two children.

She says that she’s tried a few different ways of alleviating the pain, but the only thing that made any difference was keeping up with her exercise.

Finding out she had cancer made Victoria realise how much she wanted to fully commit to her life – and that she wanted to marry Mark, her partner of 16 years.

The couple finally got hitched last year with their sons, Oliver and Joe, walking Victoria down the aisle.

“It was joyous and teary and the most magnificent day of my life,” Victoria said of her wedding. “It felt like everyone was in love.”

The presenter stressed that cancer is hard, not just on the patients, but on everyone else as well, praising Mark and her sons for their support.

“[Mark] and our boys showed a strength I didn’t know they had,” she said.

Victoria was given the official all clear almost three years ago, in 2016.