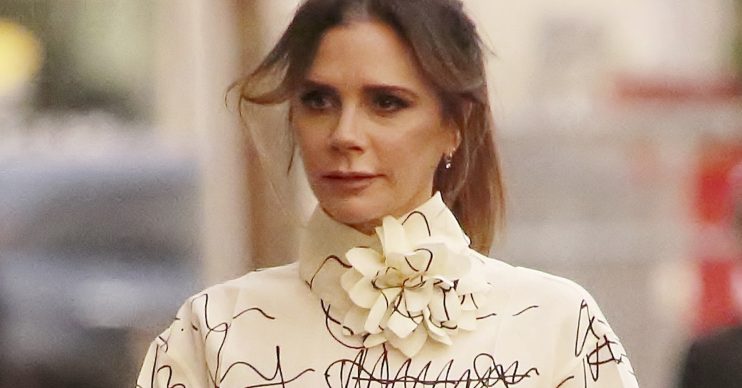 The company's made a loss six years running

Many of the items released for 2020 come with eye-watering price tags, including a T-shirt that’s going for almost £400.

The Knitted T-Shirt In Blue Melange, which is embroidered with the brand’s VB logo, is listed for a whopping £390.

The product description on the VB website reads: “A luxurious take on the wardrobe staple, this T-shirt is made of raw tussah silk with a subtle shine and crepe texture. Finished with pressed crease details and our signature VB logo embroidery.”

Other items in the new arrivals section of the website include gold split trousers priced at £690, a double-breasted navy jacket for £1390 and a twist-front evening gown at £2100.

This T-shirt is made of raw tussah silk with a subtle shine and crepe texture.

“Twist draping is a key theme for this season’s eveningwear,” reads the description on the latter item. “This floor-length gown features the technique to create a flattering shape in a shimmering fil coupè fabric shot with gold threads.”

According to The Telegraph, losses at Victoria Beckham Limited leapt 20 per cent to £12million in 2018 – its sixth consecutive loss-making year.

The paper reported that losses at the company were attributed to a 16 per cent drop in sales, which stood at £35m.

Adding to woes, some of Victoria’s fans accused the former pop star of hypocrisy for posting about plastic pollution on Instagram.

It came in September after she wrote a heartfelt plea for people to help reduce plastic waste, alongside a striking photo of her husband David in the sea.

Kisses @davidbeckham. Around the world, our ocean is facing a major threat – #oceanplastic. Plastic has been found in 59% of sea birds, 100% of sea turtle species, and more than 25% of fish sampled from seafood markets around the world. We must help to protect our ocean and the millions of species that call it home. Volunteer at signuptocleanup.org. @oceanconservancy #ICC x VB

While some of her fans praised her words as “beautiful” and thanked her for “raising awareness” of the issue, many others were quick to criticise Victoria and question her company’s sustainability.

Reps later told ED: “The Victoria Beckham Beauty packaging, developed through Victoria’s personal lens, has been consciously designed to be as sleek and sustainable as possible without compromising on luxury.

Speaking further, the spokesperson said the business was “actively” working on it, incorporating “even more post-consumer materials, ocean-bound plastic, and refillable packaging into production”.