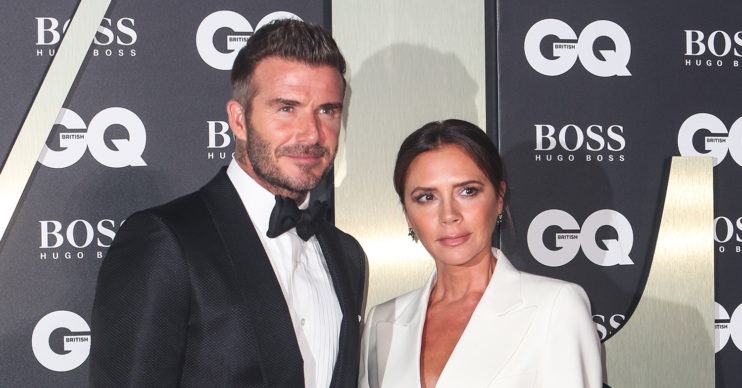 Victoria Beckham had to call in a plumber after suffering a major mishap at her luxury estate.

Spice Girl Victoria Beckham was forced to call in a professional after her home suffered a near disaster.

The mum-of-four, 46, is currently in lockdown with David Beckham at their luxury Cotswolds estate.

She took to her Instagram account to explain how an over-filled bath caused flooding in her home.

Sharing to her some 28.3 million followers, she thanked Des the handyman.

“Worth having a minor flooding incident with an overfilled bath for.”

“Came to help David and Victoria following their flood in the house.

“My dehumidifiers will help dry out this flooring and the carpet.

“Hope to get them back to right as soon as possible.”

The sun is out! New sunglasses are on! #VBEyewear #VBSS20 ☀️

The mishap comes just hours after David posted a gorgeous picture of the pair.

The power couple look breathtaking in the countryside snap.

David addressed his some 63 million followers with: “Saturday sunshine walk but someone isn’t overly impressed with my hat. I obviously love it @victoriabeckham.”

American football legend Tom Brady even commented on the epic snap: “Nothing better than a walk with your #1.”

The couple are holed up at their estate with three of their children – Romeo, Cruz and Harper.

Their Cotswolds home is worth an estimated £5 million, and the are reportedly looking to build a ‘secret tunnel’.

A new report states that they have fresh safety concerns – and think a tunnel could help, them should emergency strike.

New planning documents, obtained by Express.co.uk, show that they intend to build both a secret tunnel and a wine cellar.

According to the news source, the documents state: “The proposed development includes a new basement cellar constructed beneath the extension to the existing garage outbuilding with a linked walkway.

Read more: Alex Jones hits back at viewers who mocked her outfit

“The basement cellar beneath is for storage of wine and the proposed use of the outbuilding is solely in association with the main dwelling house.

“It will improve security for the occupants of the property.”

Of course, this is not the only home the Beckhams’ own.

The affluent family also own a £31 million home in London. And they recently purchased a luxury penthouse in Miami, Florida for $20 million (£16.2 million).