Victoria Beckham has revealed the close bond between her daughter Harper and niece Quincy in a sweet Instagram post.

The fashion designer updated her Stories with a cute image of the pair tucked up in bed together which she captioned: "Sleeping babies."

Underneath she wrote: "Cousins that love each other so much!" 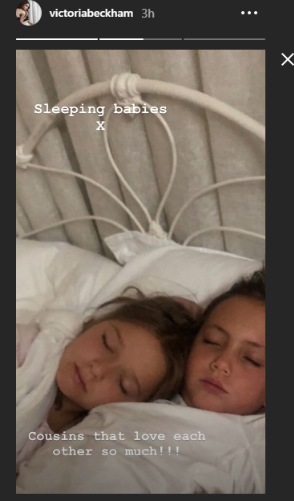 Quincy is the daughter of Victoria's younger sister, Louise, 41. She also has three other children from three different relationships - Liberty, 19, Tallulah-May, 15, and Finlay, 12.

Louise shared the same picture of Harper and Quincy on her Instagram feed, captioning it: "Sleepovers with cousins are the best @victoriabeckham #cousinlove." 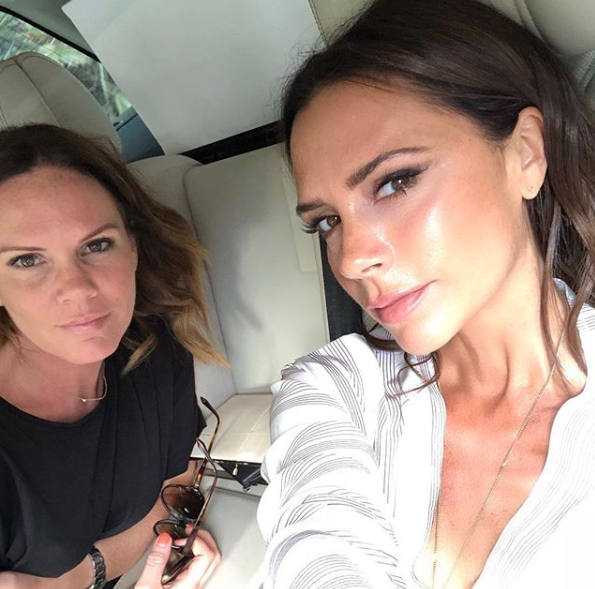 Quincy is the daughter of Victoria's sister, Louise (Credit: Instagram)

Her followers couldn't get over the likeness between the pair.

Read more: Stacey Solomon admits she once took her "rebellious" son to a police station

Louise's Instagram Stories revealed that while their daughters were tucked up in bed together the two sisters indulged in some wine. 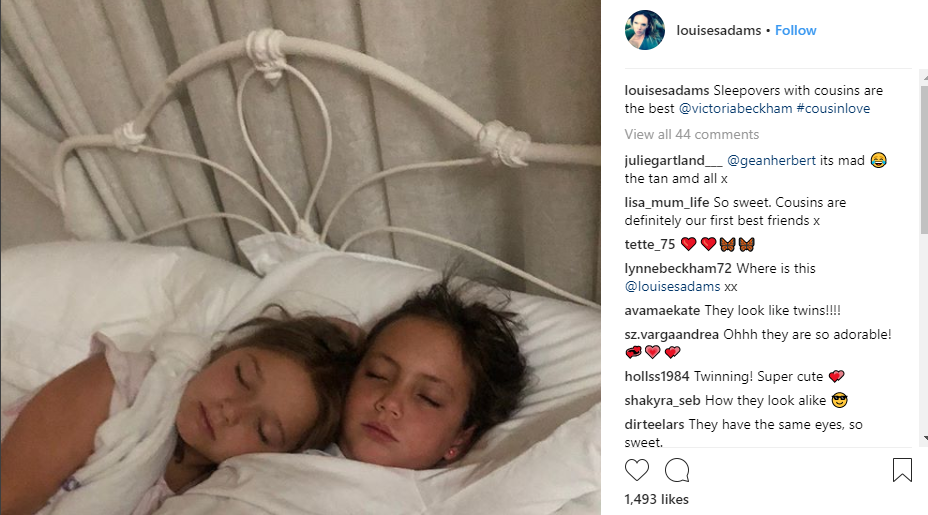 Louise shared the same snap and her followers couldn't get over the likeness between the cousins (Credit: Instagram)

"Night out," Louise captioned an image of two bottles of red, tagging in Victoria.

Earlier this month, the cousins got together to celebrate Harper's 7th birthday and Louise shared an image of them standing side-by-side behind her cake.

Louise, who shares Victoria's love of fashion and runs her own clothing boutique in Hertfordshire, said she's delighted the Beckhams now spend more time in London rather than L.A. 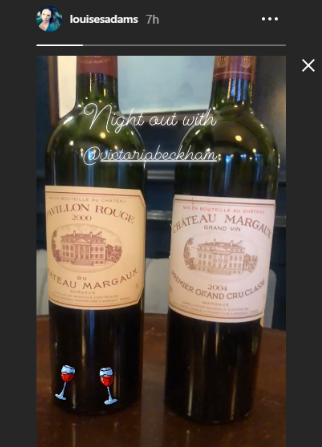 Louise revealed she and Victoria enjoyed some wine when the kids ere tucked up in bed (Credit: Instagram)

"I like having her living nearer to me now," she told Now Magazine. "It's great having our families together - it's good. We're both just working mums, providing for our families."

Another Beckham who wants to be closer to the family is Brooklyn, who is recently reported to have deferred his place on a photography course in New York as he was feeling home sick.

Last week he joined his parents and siblings on a holiday in L.A. where they all had fun making their own ice cream. 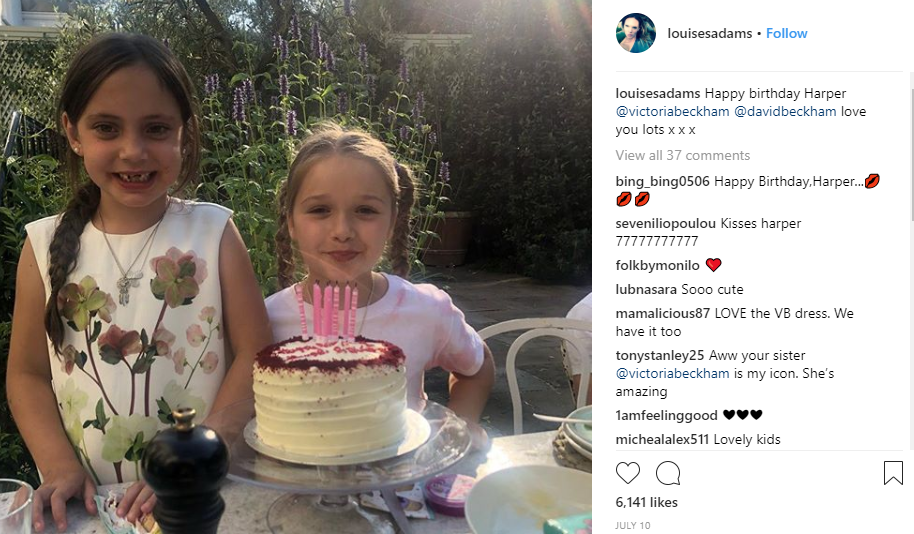 Victoria has been so busy with her work and family life that it seems she won't be able to reunite with the Spice Girls any time soon.

She met up with her fellow girl band members in February as they announced they were keen to explore "new opportunities" together.

But while Mel B, Mel C, Emma Bunton and Geri Horner are all keen to tour together again, Victoria is said to be reluctant.

According to The Sun, Victoria has ruled out taking to the stage again so they may have to reunite as a four piece. 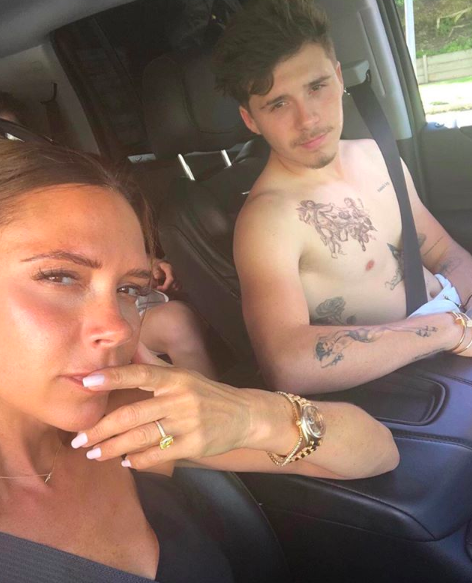 Earlier this year, Mel C confirmed that singing wasn't something Victoria wanted to do again, which was making things "tricky" for the future of the group.

Do you think Victoria should perform as a Spice Girl again? Leave us a comment on our Facebook page @EntertainmentDailyFix and let us know what you think!