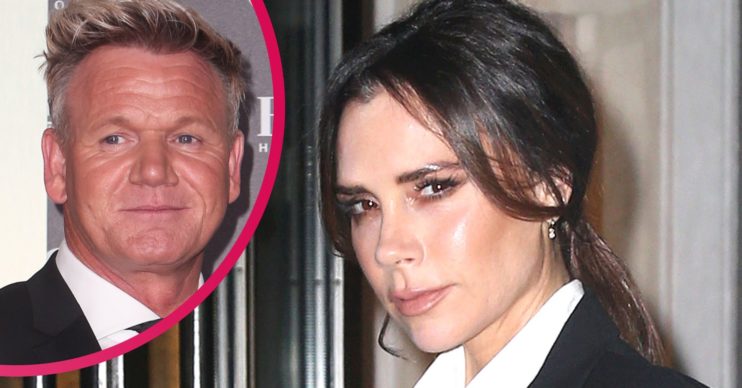 The former Spice Girl, 46, took to social media post photos from the cute moment after enjoying a “beautiful” weekend with the TV chef, 53, and his wife, Tana, 45.

She captioned the snaps: “Kisses baby Oscar! We love you!

In the comments, one follower said simply, “Gorgeous” alongside a string of heart emojis.

A third wrote: “What a gorgeous little sausage.”

“Too cute,” someone else said, adding of Oscar’s likeness to dad Gordon: “Looks just like his dad.”

As fans will already know, the Beckhams are friends with the Ramsay clan.

Last month, the family revealed that the 21 year old had proposed to his actress girlfriend, American heiress Nicola Peltz, 25.

Since then, an insider has claimed that Gordon will be in charge of ensuring the couple and their families and friends will dine finely on their big day.

Speaking to The Sun, a source claimed that the Hell’s Kitchen star will be sorting the food for Brooklyn and Nicola’s wedding reception. Brooklyn, they said, is a fan of Gordon’s posh nosh.

They told the publication: “David and Victoria want Gordon to oversee the food for Brooklyn’s wedding day.

“The families are close pals and Brooklyn has previously raved about Gordon’s cuisine.

“He’s top choice to be the chef designing the menu.”

Gordon has spoken previously about his friendship with former footballer David and his family.

In a chat with The Sun’s TV mag in 2017, he said: “Over the past 10 years we’ve naturally got on. I see how hard David and Victoria work.

“But the connection is our ambition to get all eight children through school, college, university and then dust ourselves down, when the kids are in their 20s, as having been decent parents.”