Victoria Beckham may be attending Paris Fashion Week  (men's) , but the designer is happy to mix business with pleasure, as her eldest son Brooklyn accompanies her for some quality mother and son time.

Posting an Instagram picture of her and Brooklyn, whose arms are draped around his mum's shoulders, Victoria, 44, wrote: "So proud to have @brooklynbeckham as my date tonight. Kisses from us both." 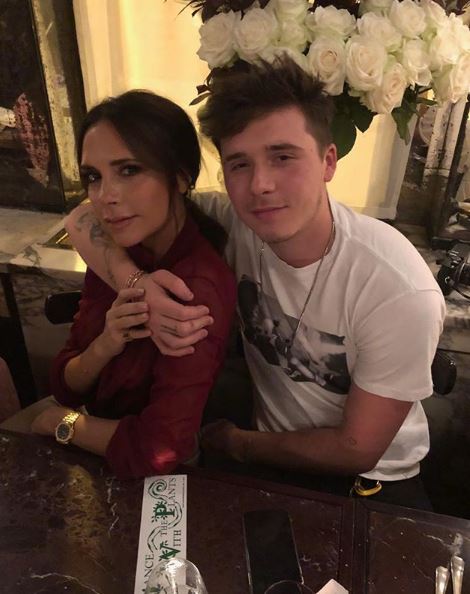 The pair appear to be out for a fashion dinner - seated at a marble table with an elaborate display of roses in the background.

Brooklyn, 19, is currently studying a photography course in New York, while his mum and siblings Romeo, Cruz, and Harper are at home in London.

But while in Paris, Brooklyn was clearly keen to be a helping hand to his successful mum, acting as her plus one for the Dior Homme show in Paris. 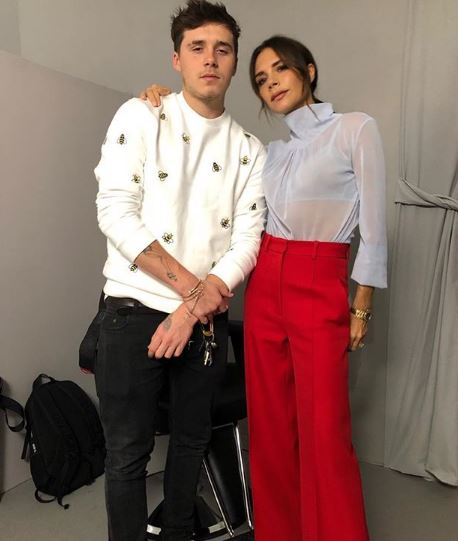 Brooklyn was his mum's plus one for the fashion show in Paris (Credit: @victoriabeckham Instagram)

So proud to have @BrooklynBeckham as my date tonight!

And as perks go, sitting on the FROW alongside Kate Moss, Naomi Campbell and Lenny Kravitz certainly isn't too much of a hardship!

Proud mum Victoria also shared a picture of the two backstage at the show, adding: "Thank you @brooklynbeckham for being my date today!"

While Spice Girl Victoria wore her own label statement red trousers, Brooklyn opted for a more laid back look in a white sweatshirt - thought to be from the new Dior collection. 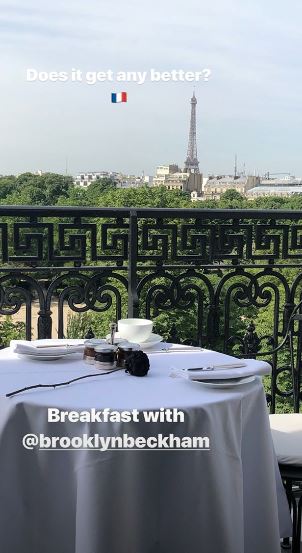 To finish off their trip, mum and son shared breakfast overlooking the Eiffel Tower, with Victoria sharing a picture of their table on her Insta Stories, writing: "Does it get any better? Breakfast with @brooklynbeckham."

Meanwhile, Victoria's husband David has been in Asia for work commitments.

The couple were recently forced to deny split rumours, but Victoria was keen to further sing her husband's praises when she spoke at the Forbes Women's Summit in New York last week. 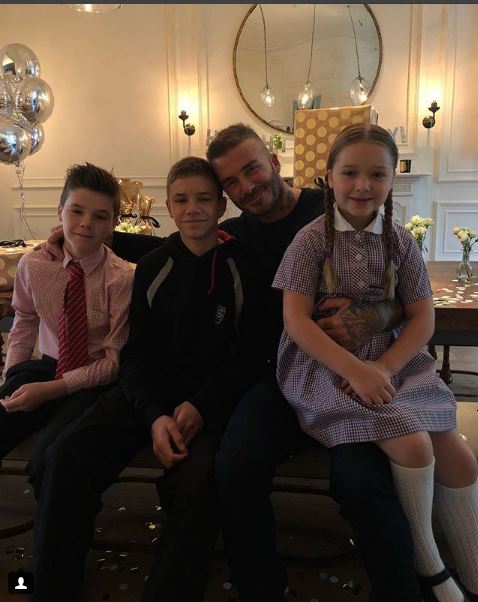 Victoria described her husband as 'supportive' and 'incredible'.

She added, "We are equal in everything we do at home with the children. When I'm away, he's the one at home doing the school run and the cooking."

Meanwhile, adorable Harper, six,  was having the best of times back in London, while attending Taylor Swift's Reputation Tour. 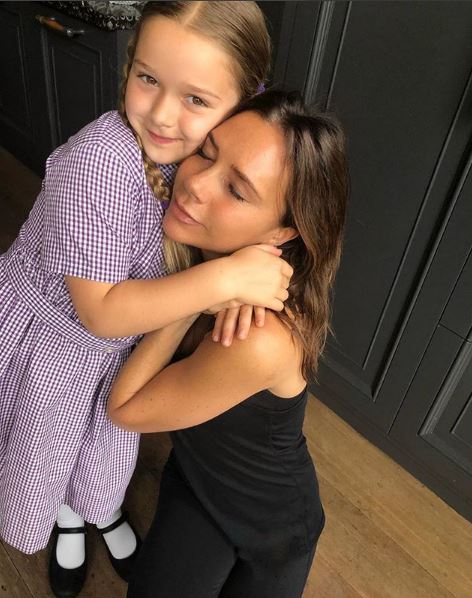 Their adorable daughter Harper is at home in London (Credit: @victoriabeckham Instagram)

David shared a picture of Harper waving to the pop star from the crowd.

Although the family could be reunited as Fashion Week draws to a close tomorrow, David will be spending a lot of the summer with his new soccer team in Miami, while Victoria prepares for yet more Fashion Weeks in 2018.

We're glad to see they're enjoying family time while they can!

Just how cute is Victoria's bond with Brooklyn? Do you think 'date nights' with your children are just as important? Leave us a comment on our Facebook page @EntertainmentDailyFix and let us know what you think!