Victoria Beckham has enjoyed some quality time with her three boys, Brooklyn, Romeo and Cruz.

The proud mum took to her Instagram story on Wednesday to share a snap of herself and her sons lounging on the sofa looking up at the camera.

The photo sees Victoria wearing striped pyjamas as she cuddled up to Brooklyn, 19, while Romeo, 15, enjoyed a cuppa.

Meanwhile, Cruz is seen in the corner of the shot with his arms folded as he smiled for the camera. 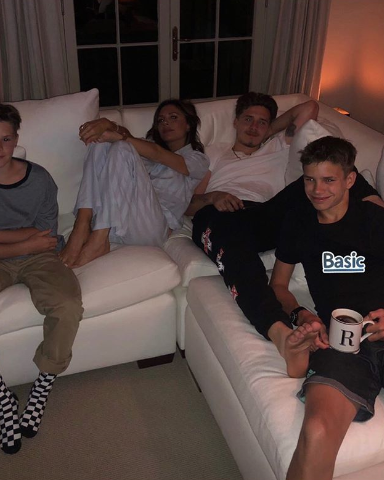 Victoria enjoyed a night in with her three boys (Credit: Instagram)

Victoria captioned the post: "Romeo r u ok? Night in with the boys (sic)."

The fashion designer posted another snap to her Instagram showing herself sharing a cuddle with Brooklyn and 13-year-old Cruz.

The picture sees the doting mum resting her head on Cruz's shoulder as they all posed for the shot.

She captioned the post: "Night in with the boys x Kisses."

Fans went wild for the snap with one person writing: "A wonderful family!"

There is something about Victoria Beckham‘s brood that screams GOALS!

Night in with the boys x Kisses @brooklynbeckham @cruzbeckham XVB

Another gushed: "There is something about Victoria Beckham‘s brood that screams GOALS!" while a third added: "Most beautiful family in the world."

Victoria has her three boys and her seven-year-old daughter Harper with footballer husband David Beckham.

The sweet family photos comes after Victoria poked fun at her hubby as he tried and failed multiple times to start his motorbike.

In a series of hilarious videos posted to her Instagram story, David is seen repeatedly pushing down on the pedal while sporting his helmet and a pair of shades.

Victoria says in the video: "When the bike won't start. What's wrong with it David?" 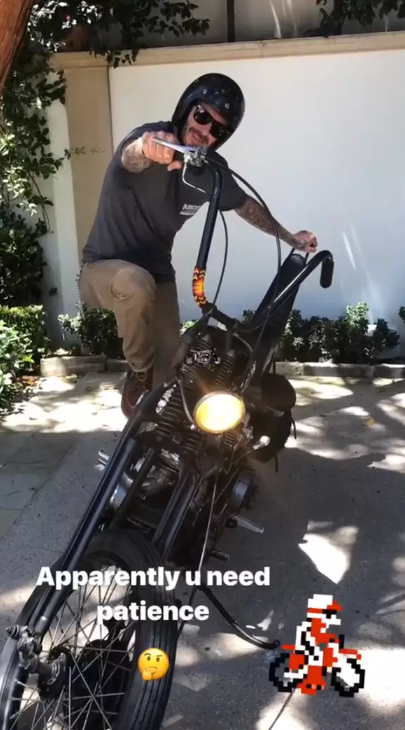 Victoria poked fun at her hubby as he tried to start up his motorbike (Credit: Instagram)

Jokingly mocking her hubby, Victoria captioned the video: "Apparently you need patience. A lot of patience.”

David finally pushed the pedal and the engine got going as he sped off.

The Beckham clan have just returned from their family holiday in Croatia.

And during the sunny getaway, David suffered an "embarrassing dad moment". 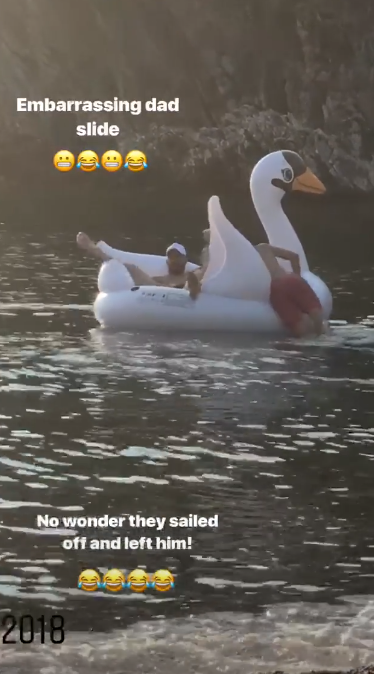 Victoria, who appeared to be watching from a distance, was amused by her children's antics as she captioned the clip: "Embarrassing dad slide. No wonder they sailed off and left him!"

Where is your favourite holiday destination? Leave us a comment on our Facebook page @EntertainmentDailyFix and let us know what you think!