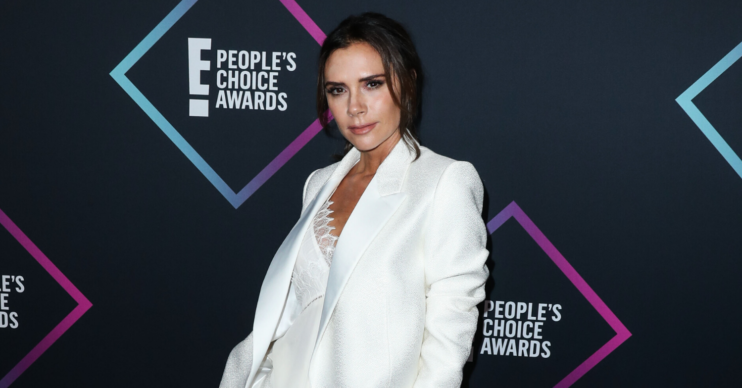 The eight-year-old definitely takes after her mum!

Harper Beckham has shown she’s following in her fashionista mum’s footsteps, as Victoria shared a photo of her daughter dressing up in a pair of oversized sunglasses.

The 46-year-old former Spice Girl shared an adorable photo of Harper on her Instagram account. The eight-year-old can be seen striking a pose in her mum’s designer shades, which was then posted to her 28.3m followers.

It was captioned: “Happy weekend! Playing dress up in Mummy’s sunglasses!”

One of the adoring comments on the photo was Victoria’s son’s girlfriend Nicola Peltz.

What did people say?

Nicola, who has been in quarantine with Brooklyn Beckham, wrote: “She’s so perfect.”

Before mum-of-four Victoria returned to work after the coronavirus pandemic lockdown, she and husband David had been keeping her fans up to date with her family’s quarantine experience.

Earlier this week, she shared a photo on her Instagram Story on Tuesday (June 16), that showed a blunt note from her daughter Harper about her home-school curriculum.

With Victoria and David sharing homeschooling duties, the brutally honest note, which appeared to have been written on a mirror, read: “I do not like school.

At least she’s straight to the point.

And it looks like Harper’s not the only one to get cheeky with Victoria, with the rest of the family joining in to ruthlessly take aim at another photo of her.

Her 15-year-old son Cruz’ shared a photo of him and his mum together, where he joked about the fact that Victoria famously doesn’t smile on photos.

Read more: Victoria Beckham made £1 million NOT to join the Spice Girls reunion

The cute image shows them both in bath robes taking a photo in the mirror, with Victoria taking the picture while she smiles, showing off her gorgeous white teeth.

The Beckhams love a joke

Cruz highlighted the fact in his caption. He wrote for his 1.7million followers: “Apparently my mum does smile.”

And dad David couldn’t resist using it as an opportunity to poke fun at his wife.

He featured in the comments, where he took aim at the brightness of her teeth by comparing her to Friends character Ross Geller.

Apparently my mum does smile 😃❤️

The comment is a reference to an episode of Friends in which palaeontology professor Ross goes on a date and realises, too late, that his teeth are so white they glow in the dark.

David’s fans were in hysterics. One warned: “You’re in trouble!”

Another agreed: “Oh my god yesss.”

It looks like the Beckhams have spent some great family time together during lockdown.