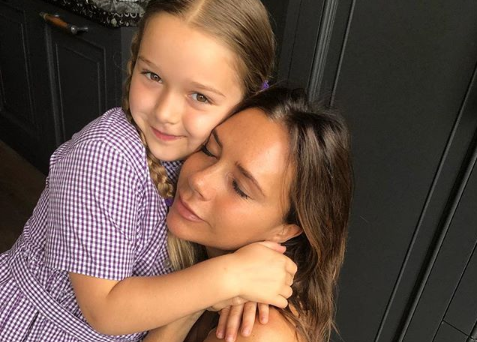 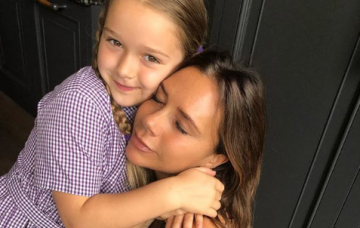 Victoria Beckham has revealed her daughter Harper is already learning from her mum’s fashion shows.

The fashion designer said her seven-year-old little girl is unlikely to make too many fashion mistakes because she’s learning from the best!

The former Spice Girl was discussing her previous fashion looks, insisting she doesn’t regret any style decision she’s made over the years because even her mistakes have made her the person she is now.

Speaking backstage after her London Fashion Week presentation – where the models sported swept-back looks – Victoria told Grazia magazine: “I never look back and cringe at anything.

“It’s been a journey and everything has brought me to where I am now. You know, I think it’s about keeping it quite simple, being true to who I am and being comfortable.”

Speaking about her own daughter, Victoria added: “Harper has already said ‘Mummy I want to slick my hair back before lunch. She’s known [hairstylist] Guido since she was three months old.”

Despite her fashion line keeping her busy, the 44-year-old designer – who also has sons Brooklyn 19, Romeo, 16, and 13-year-old Cruz with husband David – insists her family always come first and she feels “lucky” she can fit her work around their needs.

Back in June, Victoria admitted she beats herself up over trying to be the best mum and wife she can be.

During a chat at the Forbes Women’s Summit in New York, Victoria praised David, 43, for being a supportive husband and admitted she can “beat myself up” about juggling work and family.

“Like most women, I beat myself up. I’m trying most importantly to be the best mum that I can. But I’m also trying to be the best wife and the best professional,” she said, according to WWD.

“It is a juggling act and it’s not easy. Looking around, there are plenty of women who are in the same position as me. I’m trying and it’s hard.

“I have to remind myself, when I come home, ‘Put the phone down.’ It’s OK to not answer e-mails until the morning. Spend quality time with your children and David.”

How do you juggle work with being a parent? Leave us a comment on our Facebook page @EntertainmentDailyFix and let us know what you think!