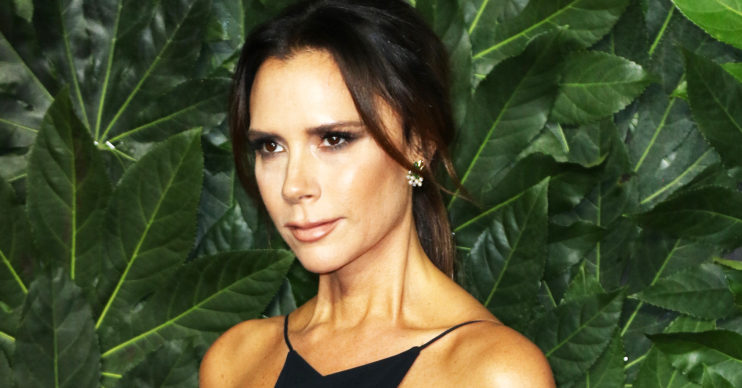 Spice Girls fans were thrilled by the selfie

Victoria Beckham recreated an iconic Spice Girls pose in a new selfie with her daughter Harper.

The fashion designer, 46, shared the photo to her Instagram on Tuesday as they posed for a mirror selfie.

In the picture, Victoria looked incredible in a little black dress as she pouted and held her fingers up in a peace sign – one of the band’s famous poses.

Victoria also wore her brunette hair tied back in a ponytail.

The mum-of-four put her arm around nine-year-old Harper, who smiled and captured the shot.

Harper looked adorable in a white version of Victoria’s dress.

The star wrote alongside the image: “Kisses from Posh and baby Posh.”

Of course, fans gushed over the mother-daughter picture.

One person said: “This has made me smile so so much.”

Another commented: “That is absolutely beautiful to see. It made my day. Love you, Posh Spice!!!”

That is absolutely beautiful to see. It made my day.

A third wrote: “This pic is so sweet!”

Meanwhile, the Spice Girls reunited last year for a Spice World 2019 tour however, Victoria chose not to take part.

Instead, Melanie C, Emma Bunton, Geri Horner and Mel B came together to perform.

At the time, Victoria told Vogue Germany magazine: “It took me a lot of courage not to go on tour with the Spice Girls again.

“To be the one who says, ‘You know, I’m not doing it because things feel different now than they used to.’

“I’d rather concentrate on my family and my company.”

Despite not joining the tour, Victoria supported her fellow bandmates as they took to the stage.

The couple were recently thrilled when their eldest son Brooklyn announced he was engaged to actress Nicola Peltz.

According to reports, Victoria will be designing Nicola’s wedding dress.

A source told The Sun: “Victoria is keen to design Nicola’s wedding dress and has been showering her with gifts from her latest collection.

“Victoria would like to keep it in the family when it comes to the gown and is thrilled Nicola has agreed.”

Are you a fan of the Spice Girls? Leave us a comment on this story on our Facebook page @EntertainmentDailyFix and let us know.