They recently enjoyed a family holiday to Italy and now the Beckham kids have paid tribute to their former footballer dad David.

Posting a video to her Instagram account, Victoria shared the family's pride as David was given the Editor's Special Award at the GQ Awards.

The couple attended the ceremony with their eldest son Brooklyn, who is thought to have split from his model girlfriend Hana Cross. 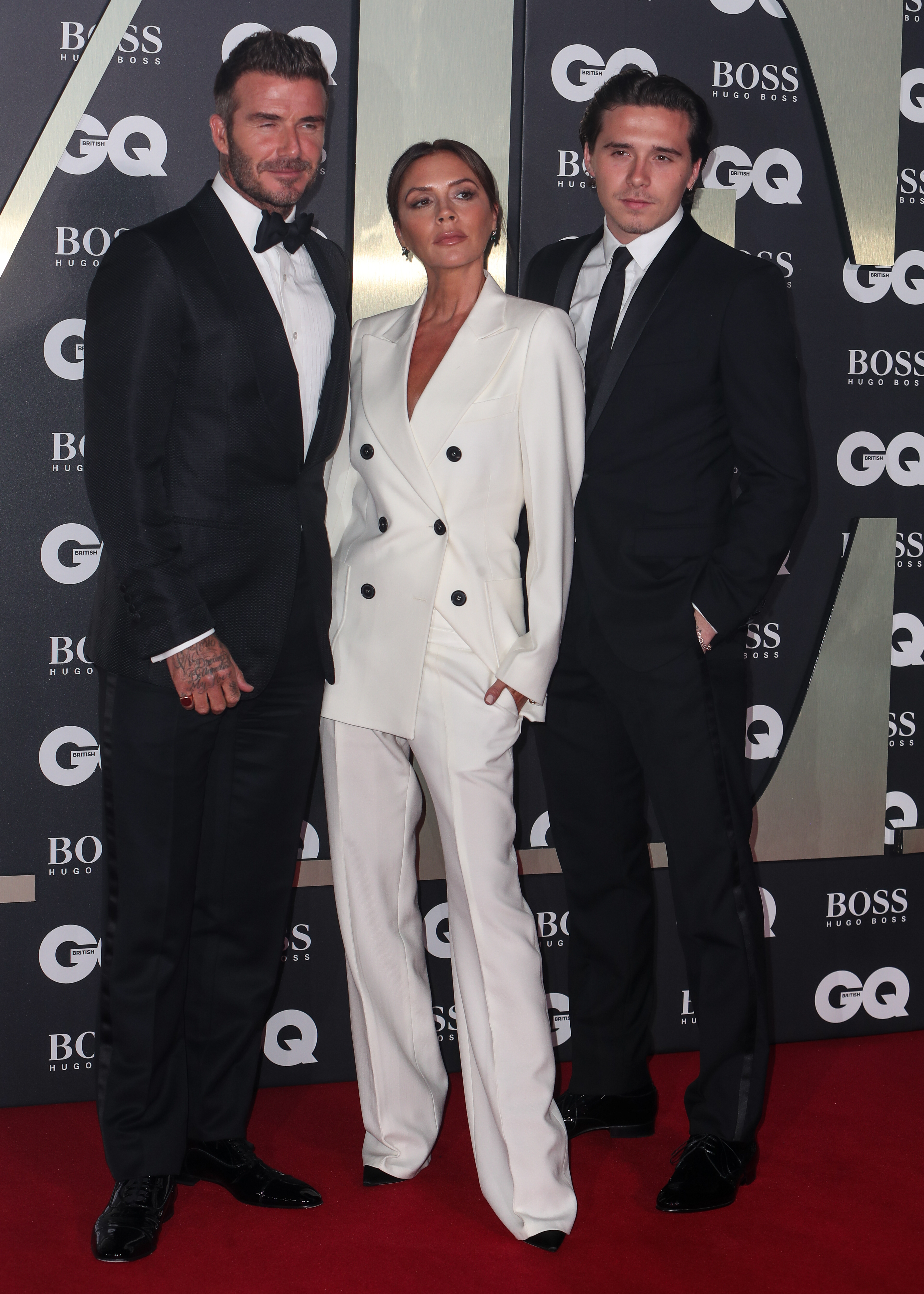 In the video, all four of the Beckham kids – Brooklyn, Romeo, Cruz and adorable Harper – can be seen talking about their famous dad.

Uploading the video, Victoria said: "A little surprise video we put together for @davidbeckham’s award tonight at the #GQAwards in London."

She added: "What an inspiring 20-year journey!! We are all so proud of you and love you so so much."

He’s really inspiring, he’s the best daddy that anybody could ever hope for.

The couple's only daughter Harper was up next.

"My daddy is funny, kind and intelligent," she said.

"It's been 20 years of quite outstanding outstanding looks," Victoria explained. "It’s been a journey and it’s been what makes David the fashion icon that he is now."

Turning to her kids, she asked: "What’s your favourite look of Daddy’s?"

Cute Harper giggled as she said: "The purple suit that he wore at the wedding."

Eldest son Brooklyn, who was a baby when his parents got married, quipped: "I was in the purple suit with the purple cowboy hat as well."

"And the purple bow tie," Harper added as the family dissolved into fits of giggles.

The kids then paid tribute to their dad. Romeo admitted: "The fact that he’s such a sporting legend is quite cool."

Victoria said: "He’s really inspiring, he’s the best daddy that anybody could ever hope for."

While Brooklyn added: "Well done Dad, I love you so much and I’m so proud of you."

Youngest son Cruz revelad that David was an "inspiration" to him and the "whole family, while Romeo said: "I love you so much Dad, I’m so proud of you."

"I love you so much, you’re the best daddy ever," she said.

She added: "And you’re so nice all the time."

"What a guy," quipped Brooklyn, before Harper declared it was a wrap.

The candid video comes after David showed off his funny side on holiday by impersonating his pal Elton.