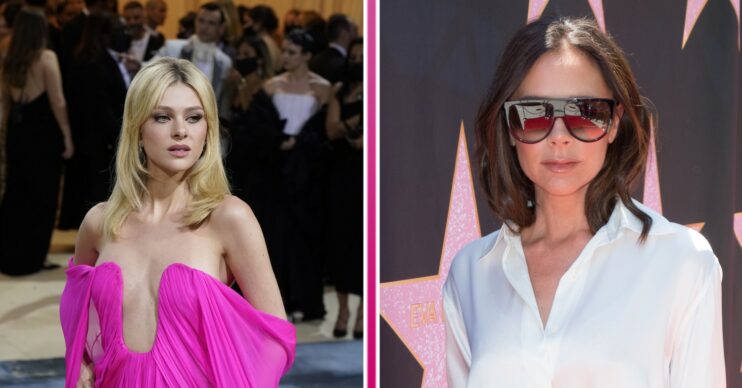 The public love-in has cooled off

Rumours of a rift between Victoria Beckham and Nicola Peltz have got fans in a flap, as they claim to have spotted the pair ignoring each other on social media.

Eagle-eyed fans noticed that, ever since the lavish wedding between Nicola and Brooklyn Beckham in April, the women have appeared to ignore and snub each other on Instagram.

Previously, they were regulars on each other’s accounts.

Read more: Victoria Beckham slams TV presenter for forcing her to weigh herself on live show

Victoria and Nicola were reported to be super close. In fact, their messages and comments across social media were often branded as ‘too much’ and ‘sickly’.

However, now fans have spotted the pair are cooler to each other. They’ve stopped commenting and now don’t appear to talk at all online.

Since Nicola wed Brooklyn, both stars have liked only a handful of each other’s content. In contrast to before, this is a noticeable drop-off. The lack of comments have led to rumours a rift has happened between the pair.

A family insider didn’t rule out rumours of a rift to the Mail, saying: “People constantly speculate about relationships – we don’t really care as it’s just silly.”

And another source hinted that the Peltz family’s attitude towards brand Beckham could be to blame. They said: “There is a feeling that the Peltzs rather turn their noses up at the Beckhams… the way that they do things and their celebrity profile.

“Meanwhile, the Peltz clan has really embraced Brooklyn. There is a feeling that Brooklyn is now all about the Peltz family and not the Beckhams.”

Nicola also appeared to making a dig at her in-laws in a recent interview. Speaking to Tatler, the model shared that husband Brooklyn felt “a lot of pressure to please people with his career and he didn’t love it”.

She also made it clear that Brooklyn was more likely to turn to the Peltz family than the Beckhams for advice. She explained: “Brooklyn is getting into very exciting things with his shows and also business things and it’s really sweet.

“I watch him call my dad and say, ‘What do you think about this?’ I love watching him learn from my dad.”

The Peltz family means so much to Brooklyn, he has even opted to change his last name to Peltz-Beckham.

When did Nicola and Brooklyn get married?

The guest list was a star-studded affair with the likes of Gordon Ramsay and his wife Tana, actress Eva Longoria and tennis legend Serena Williams in attendance.

The official cost has never been shared but reports claim the 300 guests enjoyed limitless £200 bottles of Bollinger champagne and cordon bleu food.