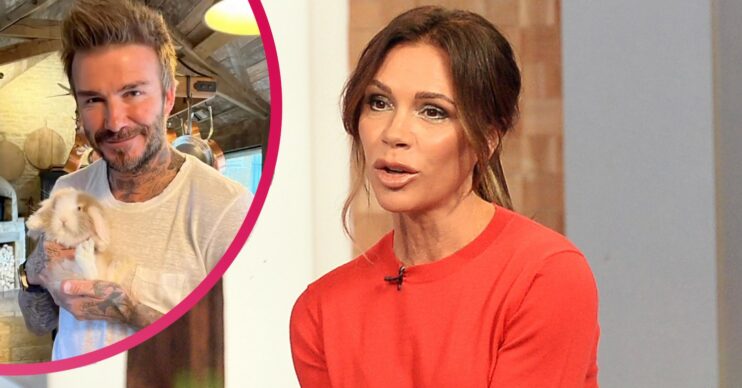 Victoria has been sharing pics and vids on Instagram

Victoria Beckham delighted fans when she introduced the latest member of the Beckham clan on Instagram.

The ex-Spice Girl posted two pics of the cutest and fluffiest bunny in the world, along with daughter Harper, 10.

She captioned the post: “Harper Seven collected her bunny today!”

Read more: David Beckham reveals Harper has a crush and he doesn’t look happy about it

Victoria’s followers flocked to the comments section to squee over the bundle of floof.

Victoria and Harper haven’t commented on the rabbit’s name as yet.

Vic also took to her Instagram stories, sharing clips of Harper with her new pet.

In another clip, Harper is seen softly stroking the bunny’s head as they snuggle up in a blanket together.

She captioned the pic: “A very loved bunny!”

Last month the footballer revealed his daughter had developed a crush, and he wasn’t very happy about it.

He took to Instagram, posting a black and white shot of himself looking very moody indeed.

David wrote in the caption to his millions of followers: “Roses are red. Harper mentions she has a crush & this is daddy’s face,” alongside a series of angry emoji faces.

He added: “But it’s ok she said daddy you are my only valentine…”

His heartwarming caption attracted almost a million likes, with one fan replying: “Bless her, she will always be a daddy’s girl first David x.”

A second follower said: “You two have such an adorable relationship wishing you the best.”

What other pets do the Beckhams have?

The rabbit, which is clearly doted on, joins the Beckham’s three dogs.

Back in November, David shared a video from their country estate in the Cotswolds, of Sage licking his face.

He added the caption: “Come on Sage, seriously always on the lips” followed by a train of eye-roll emojis.