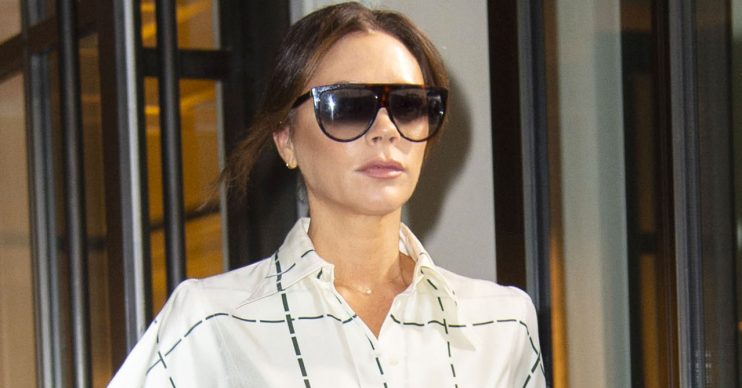 No room at the inn…

It looks like Christmas won’t be that merry in the Beckham household after a family row reportedly threatens to overshadow the festivities.

Family matriarch Victoria Beckham is said to be embroiled in a tiff with her father-in-law Ted Beckham.

David and Victoria’s kids, Cruz and Harper, are reportedly set to be christened this weekend at their Cotswolds mansion.

However, while Ted and his new partner Hilary Meredith are invited to the bash, Hilary’s daughter Charlotte isn’t – and that’s apparently where the argument lies.

A source told The Sun that it is simply down to the number of people who can fit into the christening venue.

But that doesn’t appear to have gone down well with Posh’s in-laws.

The source said: “Charlotte believes they are a family and should be invited as a unit. In the end, Ted asked David if they could bring her.”

They added: “He said he’d speak to Victoria but he came back and said sorry they couldn’t fit one more in.”

He said he’d speak to Victoria but he came back and said sorry they couldn’t fit one more in.

The source continued: “The bottom line is Victoria’s mistrust of any outsiders being brought into the fold. All the staff working at the party have also had to sign non-disclosure agreements.”

It looks set to be quite the swanky do, with David’s pal Guy Ritchie expected to be named Cruz’s godfather.

Liv Tyler – who is engaged to David’s best friend, Dave Gardner – and Sir Elton John are expected to attend.

Head to our Facebook page @EntertainmentDailyFix and let us know what you think of the story.