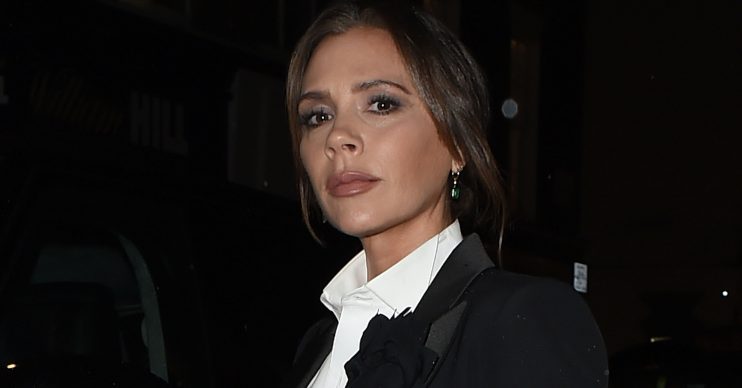 Even their chef couldn't resist bopping to the music

Singer Victoria Beckham has delighted fans of Spice Girls with an epic video of herself doing one of the group’s iconic dances with her son, Romeo.

The former pop star, 45, shared a clip on Instagram that shows her taking the 17-year-old through some of the steps to the 1997 hit Spice Up Your Life.

In the video, Victoria stands in a kitchen area in her activewear, with Romeo next to hear in a Drew House hoodie and dark trousers.

Not the average day in the kitchen… @romeobeckham x VB

She wrote in the caption: “Not the average day in the kitchen…”

The bridge and chorus of Spice Up Your Life blare out as Victoria moves her toned limbs to the beat and Romeo, smiling, does his best to follow.

Not the average day in the kitchen.

Behind them, a chef can be seen bobbing along to the catchy tune, which formed part of Spice Girls’ second studio album, Spiceworld.

It also featured in the 1997 film of the same name, in which bandmates Victoria, Mel B, Emma Bunton, Geri Halliwell and Mel C all played themselves.

Fans were all over the video, with one writing: “What an amazing family.”

Someone else said simply: “Love this.”

A third joked: “This needs to become a challenge.”

Romeo is Victoria and husband David Beckham’s second child. Their other children are Brooklyn, 20, Cruz, 14 and Harper, eight.

Over the weekend, it was reported that the superstar couple are planning a ‘lavish’ Christmas Christening ceremony for their two youngest kids.

And they are believed to be in the process of recruiting some big name stars as godparents for Cruz and Harper.

According to The Sun, Victoria and David will host the ceremony at their Cotswolds mansion.

A source told the paper that David and Victoria think Christmas is “the perfect time” to do it, adding: “Drinks will be flowing, chefs will serve amazing food and there will be spectacular fireworks. They really enjoy family events like this and are very proud parents.”