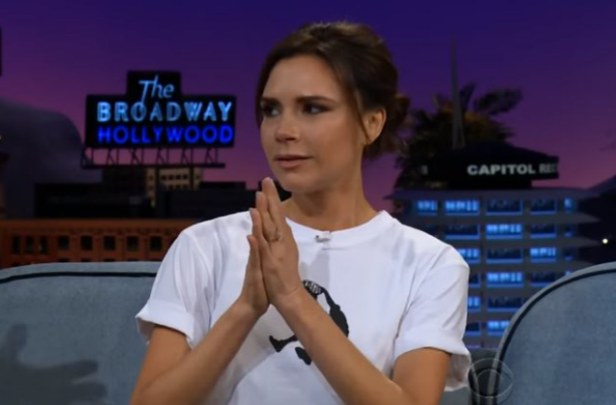 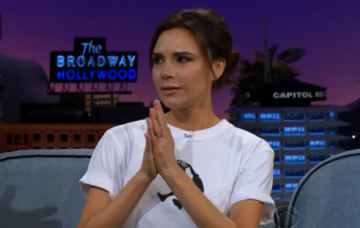 James Corden managed to tease gossip out of her

Victoria Beckham tried to be coy on whether she’s attending the royal wedding in May but James Corden thinks he’s got the exclusive answer on his Late, Late Show.

“Are you going?” the British presenter asked her of Prince Harry’s forthcoming wedding to Meghan Markle.

The mother-of-four looked visibly awkward and fumbled her words as she replied: “I… I… I don’t know.”

Laughing at her attempt to hide it, James told her: “You’re totally going! Well, how exciting, it will be wonderful.”

Victoria, 43, then seemed to confirm the news by saying: “Yes. England is so excited. It’s so great isn’t it and so happy.”

The former Gavin and Stacey star also asked her if she would be designing Meghan’s dress, as she’s one of the bookies favourites.

But Victoria denied any involvement.

“Maybe you know something I don’t!” she told James. “I’m not doing the dress. Sadly not, but am sure she will look incredible in whatever she wears.”

It’s not a surprise that Victoria and husband David may be on the royal wedding guest list as the pair previously attended the wedding of the Duke and Duchess of Cambridge in 2011.

David has bonded with Princes William and Harry through his charity work and their shared love of football.

Harry and Meghan’s wedding will take place in Windsor on Saturday, 19 May.

Invitations to the ceremony have been sent to six hundred guests, while two hundred close friends are then invited to an after party at Frogmore House.

Thousands of charity workers, community champions and local school children have also been invited by Harry and Meghan to watch the wedding from inside the walls of Windsor Castle, as they want to share their special day with the public.

Meanwhile, Victoria also opened up on whether the Spices Girls will be reforming following their meet-up earlier this year where they said they were looking into “new opportunities” together.

Elaborating on what this means, the designer said: “It’s not about us going on tour or recording new material but how do we pass the girl power message on to future generations? What does that looks like? What is it? Never has there been a more important time to spread that message.”

James cheekily suggested that the answer was “Car pool karaoke with the Spice Girls” on his show.

“That would be hilarious! I would do it,” Victoria said giving him a high five. We’d love to see that!