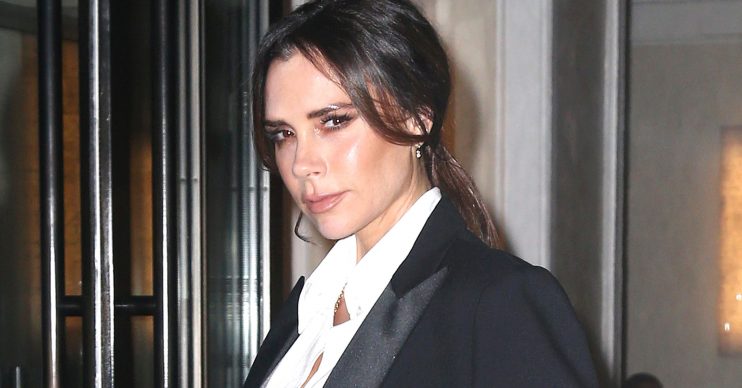 She had good reason!

Victoria Beckham has revealed she caught her daughter Harper learning her school spellings in an unusual way.

The mum-of-four shared a video to Instagram on Tuesday showing Harper, seven, scribbling her spellings on their windows.

In the clip, the little girl is seen writing a string of words, including station, education and caution, on the window with a pink marker pen.

Victoria captioned the post: “Harper has found a way to make learning her spellings fun!”

Victoria has Harper with her husband David Beckham.

She posted a heartfelt message to her hubby on Instagram to celebrate his special day, along with a sweet picture of them holding hands.

Her huge wedding ring could be seen as she grasped David’s tattooed hand, which has her name inked on it.

She wrote alongside the romantic snap: “Happy Birthday @davidbeckham. You are our everything. We love you so much. Kisses.”

She later posted a sweet family photo of herself, David and their kids at dinner.

The star and David have been married for almost 20 years and have faced much speculation about the state of their marriage recently.

However, Victoria said any hearsay was “nonsense” in an interview with British Vogue in October last year.

The mum-of-four told the publication: “We both realise that we are stronger together than we are as individuals.

“Would either of us be in the position that we are in now had we not met and been together all those years ago? It’s all about the family unit.”

She added that they have got used to people talking nonsense about them over the years.

She continued: “People have been making things up about our relationship for 20 years, so David and I are pretty used to ignoring the nonsense and just carrying on as normal.”