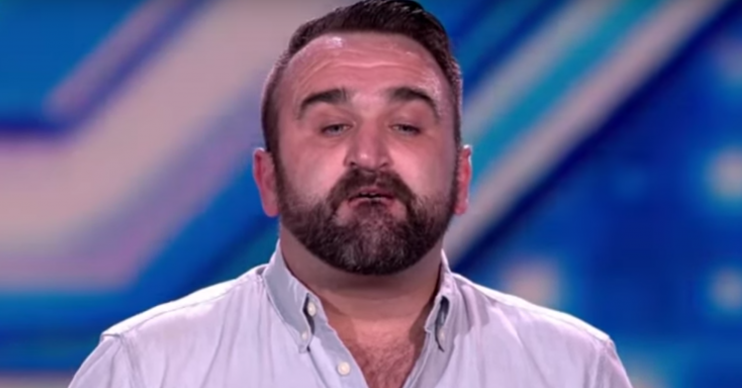 Tetley has been jailed for nine years for child sex offences

The parents of one of Danny Tetley‘s victims have likened the former X Factor performer’s crimes to those of Jimmy Savile.

Singer Tetley, 39 – who competed on the 15th series of the ITV talent show in 2018 – has been sentenced to nine years in prison for child sex offences.

He appeared at Bradford Crown Court yesterday after pleading guilty to inducing five boys between the ages of 15 and 16 to send him indecent images in exchange for money.

And now his youngest victim’s distraught parents have branded Tetley a “monster” for grooming their son late at night while they were both asleep.

Read more: Meghan Markle ‘wants to be more involved in politics’ on return to Canada

The mother of a 14-year-old is reported to have told The Sun: “He’s a monster. We’ve cried so much that our tears have dried up.

“My son is innocent. He feels ashamed. He’s been suicidal.”

The tabloid reports Tetley deposited £700 into the teen’s Paypal account, a sum the boy explained to his parents as being the profit from gaming.

It is believed they only discovered the truth after police were contacted by another victim and Tetley’s phone was confiscated.

Read more: Sarah Ferguson ‘planning to launch a luxury products range based on her Duchess title’

The 14-year-old’s father is said to have added to The Sun: “I feel like a failure. Tetley befriended kids who were X Factor fans. It’s very similar to how Jimmy Savile operated.”

Between October 2018 and August, Tetley is believed to have exchanged over 10,000 WhatsApp messages with seven different victims.

Tetley told one boy: “The more on show the better the price.”

Delivering his verdict yesterday, Judge Jonathan Durham Hall QC said: “This has been most distressing for the victims.

“The press are here in force for the extent of gravity of the case, the number of child victims. Your celebrity is now gone, tarnished and destroyed.”

The judge also said Tetley “exploited” his X Factor status, and described him as a “highly predatory and manipulative individual”.

He added: “You abused that status to satisfy your perverted sexual needs.”

Tetley’s nine-year sentence is part of an extended 17-year term, which means he will be closely monitored on licence for eight years after his release from prison.