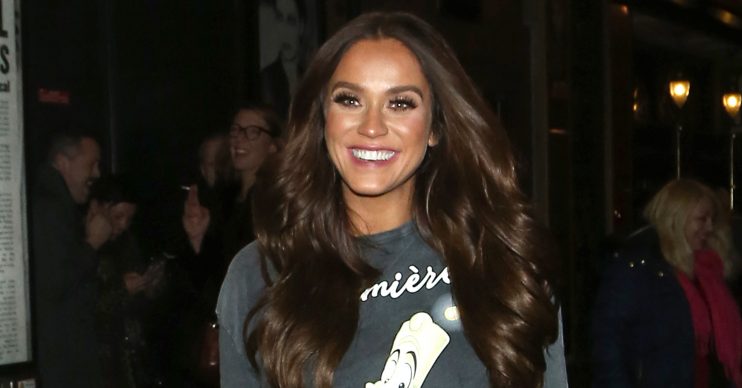 The reality star said she recently ate Doritos while asleep

Former I’m a Celebrity…Get Me out of Here! winner and fitness fan Vicky Pattison claims she’s recently piled on the pounds and it’s “getting [her] down”.

The TV star, 31,  shared a make-up free selfie with her 4.3 million Instagram followers and offered an essay-length caption in which she admitted to putting on weight and often feeling inadequate.

Her candid post’s caption included: “I’m lonely, I’ve gained weight recently and it’s getting me down no matter how much I pretend I’m ok with it.”

And she went on to explain that she was so nervous about attending the upcoming TV BAFTAS that she has been ‘sleep eating’, explaining: “I’m overwhelmed in the world I’m in, I ate Doritos last night in my sleep (yes I sleep eat). I miss my mam, I’m sick of living out of a suitcase, I’m drowning in these thoughts and I don’t feel inspirational.”

The Sun then claimed, quoting an unnamed source, that Vicky suffers from NS-RED (nocturnal sleep-related eating disorder) and has been officially diagnosed with the condition.

But speaking to ED!, a rep for the former Georgie Shore star clarified that reports about Vicky having a rare eating disorder are totally “inaccurate”.

They said: “This story is totally and utterly inaccurate and is based entirely on Vicky’s throwaway line in Instagram that she had eaten Doritos in her sleep.

Vicky shot to fame when she first appeared in reality show Geordie Shore in 2011.

The pressures of the limelight saw her go from a size 10 up to a size 16, only to then slim down to a size eight.

She attributed her weight loss transformation to her new passion for fitness.

And she even has her own exercise DVD, Vicky Pattison’s 7 Day Slim.