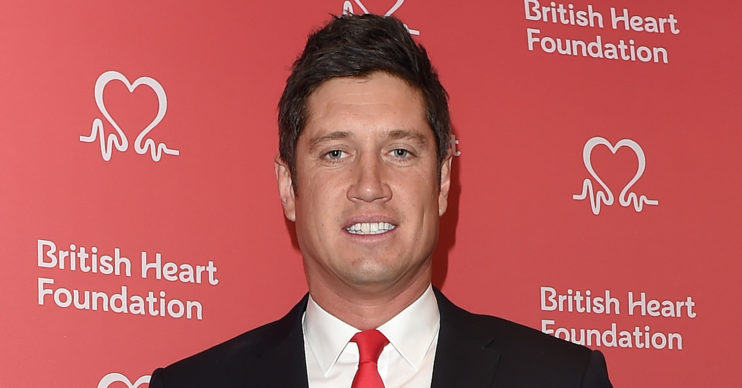 The presenter may be heading for the jungle in just a few months time.

Presenter and radio DJ Vernon Kay is rumoured to have landed a huge deal to appear on I’m a Celebrity… Get Me Out Of Here!

The married dad-of-two, 46, has allegedly signed a deal worth up to an astonishing £250,000 to star in the beloved ITV reality show.

According to The Mirror, ITV producers have been trying to sign up the star for years.

However, only now as lockdown is reducing work opportunities for celebrities across the board, have they managed to nail him down.

A source told the paper: “Everyone’s so pleased to have Vernon on board, he’s a lovely guy, full of down-to-earth northern charm and perfect for the show.”

But if he does appear on the show, it may be a very different experience for himself and his celebrity campmates this year.

The series may be forced to relocate from sunny Australia to chilly Scotland this December.

I’m A Celebrity in Scotland?

Vernon is married to Strictly host Tess Daly, 51, and they share two daughters together.

He was once one of the biggest stars on British radio and television.

But a texting scandal with Rhian Sugden in 2010 and then again in 2016 appears to have hampered work opportunities somewhat.

After the initial texting incident he formally apologised on Radio 1.

He said: “This week you may or may not be aware that because of some foolish and stupid decisions I’ve made I’ve disappointed and let down a lot of people. To my family and everybody else I am very sorry.”

At the time Rhian, now 33, spoke of her shock to receive the texts.

She told Heat magazine: “I was quite taken aback, but obviously flattered. He’s a good-looking guy.”

Vernon’s biggest gigs in the past couple of years have included hosting a series on Formula E racing and appearing as a guest panelist on various talk shows.

Meanwhile Tess is one of the BBC’s highest-paid stars.

As a Strictly Come Dancing host she earns a rumoured minimum of £450,000 a year.

Do you want to see Vernon on I’m A Celebrity? Share your thoughts with us on Facebook @EntertainmentDailyFix.

I'm A Celebrity Get Me Out Of Here ITV vernon kay