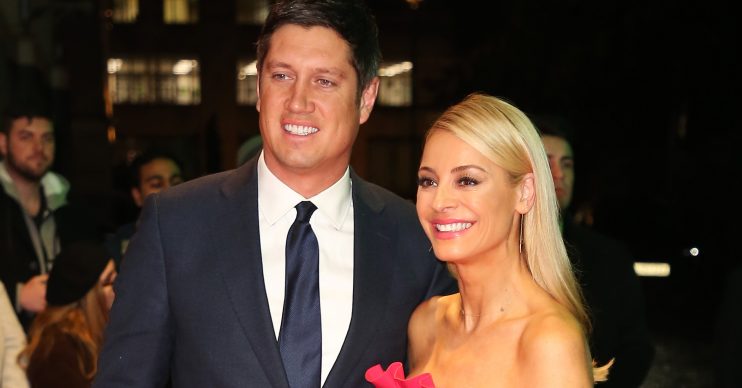 They haven't been pictured together for months…

TV presenter Vernon Kay has hit back at a fan who commented that it “felt like” he and his Strictly Come Dancing host wife Tess Daly were “living separate lives”.

Vernon and Tess rarely share pictures of each other to social media and haven’t been photographed together for months.

It’s thought that this is what caused the fan to make the comment.

After Vernon posted a picture of the couple’s daughters – Phoebe, 15, and Amber, ten – on holiday in the Middle East to Instagram, the fan made her rather personal comment.

Read more: Katie Price tells friends she could be “homeless by Christmas”

“Feels like you and @tessdaly are living separate lives. I hope not. Love you guys,” said the well-meaning fan.

No need to invite the world into our home life, some do, but it’s not for us.

Vernon was quick to reply, telling the follower that he and Tess prefer to keep their private life just that.

He commented: “Pictures of our family life are all labelled nicely on an iPad or in Apple photo books for us to share, as a family.”

After being in the Middle East for a week, no better feeling than coming home 😍🍾

He added: “No need to invite the world into our home life, some do, but it’s not for us.”

Vernon assured the fan the pair were great.

Tess also commented on the picture, revealing that they had taken the trip to celebrate her birthday.

The pair have been married since 2003.

However, they were rocked by controversy when it emerged that Vernon had been sexting glamour girl Rhian Sugden in 2010.

In 2017, Tess told The Times: “All marriages have their moments. Marriage is a work in progress. Vernon and I are just people, at the end of the day.”

Earlier this week it was claimed that two of the stars of Tess’s BBC dance show were enjoying “secret romps” behind the scenes.