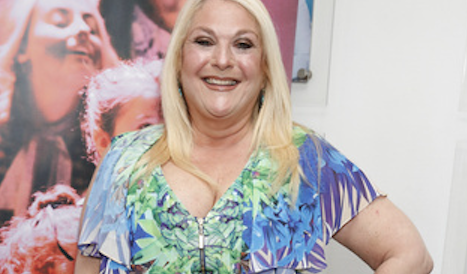 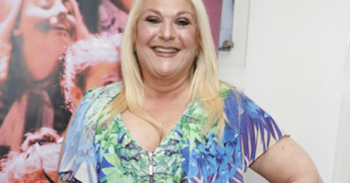 The radio presenter had previously had a gastric band fitted, but had it removed in 2016 after suffering complications, and wanting to avoid putting weight back on, opted for a gastric bypass.

She opened up about her experiences in an interview with OK! Magazine, saying she felt great after having the surgery.

“I’ve lost three stone – it feels too good to be true,” she said. “I can’t tell you how good it feels to fit into a pair of skinny jeans.”

But she said complications during the procedure led to a much longer surgery than she’d been prepared for.

“I was supposed to be in surgery for an hour but it ended up taking five!” she said.

Vanessa’s partner, singer Ben Ofoedu, revealed that waiting for her to come out of surgery was agonising. He was looking after her daughter during the surgery, so was unable to be with her at the hospital.

“I was at home with Saskia waiting for news and I was going out of my mind not knowing what was happening,” he said. “What’s sexy to me is someone who is happy in themselves, so when Vanessa is happy so am I.”

Vanessa decided to have the surgery after her gastric band led to gastroesophageal reflux, which causes liquid from the stomach to rise up the oesophagus.

She spoke about her experiences on This Morning last month revealing that meeting a surgeon during a previous appearance on the show led to her ultimately deciding to have a gastric bypass.

“As Dawn French said to me, you never get it right,” she said. “Either your haggard, over-thin, dramatic weight loss or, as has been said about me in the past, you’re drinking custard, your friends are worried, you’re so fat it’s appalling and intolerable.”

She talked about the complications of having her gastric band fitted, saying she’d been told it would be simple.

She added: “I was told it was reversible, it was fairly simple, they’d just clip a band on and if you get fed up with it, they take it out. And it turned out to be much more complicated than that.”

Vanessa had mentioned her symptoms in an appearance on the show in 2016, and a surgeon who was also appearing told her that they affect one in five patients who get a gastric band.

She said: “It turned out that it had slipped and I was having this horrible symptom where I was waking up in the morning, being woken up and feeling as if I was drowning, my throat, nose, eyes, ears seemed to be full of liquid. It was all quite horrible and quite unexpected.”