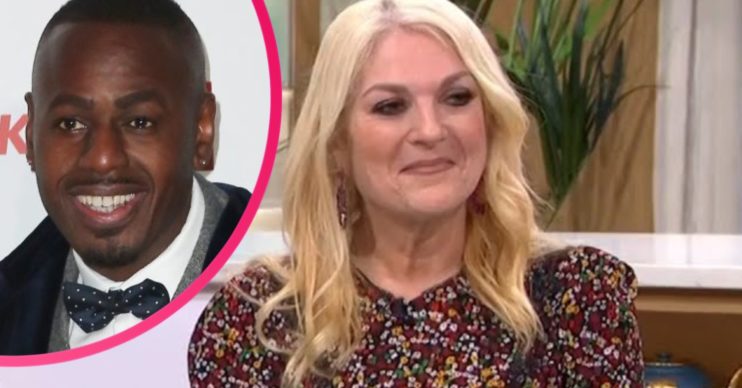 The This Morning star can't get enough of her fiancé

Vanessa Feltz has given fans a saucy insight into her relationship with her partner.

The TV star, 59, is currently engaged to her fiancé Ben Ofoedu, who she has been dating for almost 15 years.

Vanessa has confessed that she’s desperate to maintain the spark in their relationship.

She says she wants things to stay “good” and not become “boring and stagnant”.

“You have to keep the climate going, and we both feel an obligation to make an effort,” she told The Sun.

“I am no stranger to slinky lingerie. It is my duty to have saucy knickers and all that, so I’ll wear them and do something special.”

I am no stranger to slinky lingerie. It is my duty to have saucy knickers and all that, so I’ll wear them and do something special.

The presenter teased that Ben has a habit of stripping down in the kitchen to keep things fresh.

She said he’ll cook “wearing nothing but a chef’s apron”.

“We send each other saucy messages so that it doesn’t all just subside into ‘Have you taken the bins out?’ or ‘Do you want a baked potato?’.”

She went on to tease that Netflix show Bridgerton helps her to “get in the mood”.

Vanessa also insisted that it’s crucial couples have some time away from their phones to focus on each other.

Even more bizarrely, she was just 10 years old at the time.

Vanessa was doing a travel report for This Morning from Majorca when she revealed the hilarious story.

The revelation came after her fiancé Ben shared how his first visit there was with his band Phats and Small and that he had enjoyed a few holiday flings.

Refusing to be beaten, Vanessa trumped Ben by telling viewers her first kiss was with Pete.

“Hang on a minute. Vanessa’s first kiss was with Pete Tong? #ThisMorning,” said one viewer.