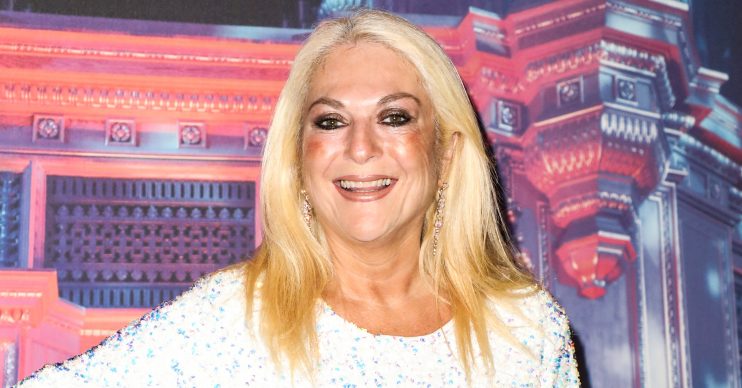 Her partner Ben's a lucky man!

Radio host Vanessa Feltz has showed off the results of her four-stone weight loss with a sexy photoshoot.

Vanessa lost the weight after undergoing a life-saving operation to remove her gastric band, which had slipped and become embedded in her liver.

As a result, the star underwent a gastric bypass, which means her food intake is now severely limited.

However, Vanessa has revealed that there is an upside to all she’s been through as her dramatic weight loss has meant that things have spiced up considerably in the bedroom.

Read more: Strictly unveils first look at Christmas special as Gemma and Gorka dance together for the first time

Vanessa has been engaged to Phats & Small singer Ben Ofoedu since 2006 and took part in the sexy shoot after seeing Ulrika Jonsson strip off for an ad for an over 50s dating app.

The ad was later banned for “objectifying women” and “being offensive”.

Vanessa told The Sun: “”I don’t feel ready to hang up my stirrups yet, subside into huge night dress and sensible cotton pants – and I don’t want someone to tell me I have to.”

She added: “As long as I’ve got a spring in my step and a bit of oomph I’m still in the market for a bit of spectacular athletic sex – much more than the missionary position.”

She revealed: “My libido has gone up rather than down and with empty nest syndrome the great upshot of that is you can have sex in any position, at any time, over the kitchen counter, in the garage, over the dishwasher, wherever.”

Appearing on today’s This Morning, Vanessa told hosts Eamonn Holmes and Ruth Langsford how she felt actually taking part in the shoot.

“It was fine,” she said. “I was in my own house, lots of the lingerie and negligees were my own because I love that kind of thing.”

As long as I’ve got a spring in my step and a bit of oomph I’m still in the market for a bit of spectacular athletic sex.

She added: “It was only afterwards that I thought, oh gosh, what if anyone says: ‘How vile,’ but then I thought, well I’ve only got an £8 phone so if anyone says anything I won’t be able to see it.”

Asked what her partner Ben thinks of the pictures, Vanessa revealed he’s been nothing but “delightful”.

“Ben thinks the pictures are fab – he’s been complimentary and supportive and delightful,” she said.

What do you think of the pictures? Head to our Facebook page @EntertainmentDailyFix and let us know.