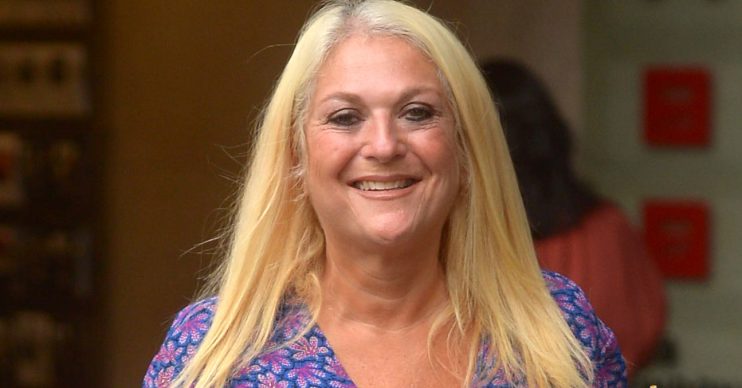 The This Morning star’s fiancé, 47-year-old singer Ben Ofoedu, shared a snap on Twitter that showed the star lounging in a purple-patterned swimming costume, blonde hair swept back and sunnies on.

He simply captioned the snap, posted on Tuesday (05.11.19), with a string of fire and heart emojis and tagged Vanessa, 57.

The same picture posted over on Ben’s Instagram garnered dozens of comments, with his followers telling him how “fab” and “amazing” his fiancée looks.

One said, “Lookin fab V!” and another told him, “She’s a beauty, love her” while a third wrote, “Wow Vanessa! You look amazing!” and a fourth put, “Looking stunning, Vanessa”.

All I need in this life of sin ❤️❤️

Someone else commented, “She’s a beautiful woman” and another of Ben’s followers joked, “No wonder you’re too busy to reply to messages these days”.

Earlier this year, Vanessa revealed she had managed to shed an impressive three-and-a-half stone after having a gastric bypass.

Now down to a size 12, the star has admitted that her bedroom antics with Ben have benefited from her weight loss – and she even feels more confident.

Speaking to Woman magazine, Vanessa said: “[Ben] doesn’t seem to have become any less keen on a bit of how’s your father, put it that way.

“He likes a bigger woman with a big fat bum. Mine has almost dwindled away, so I don’t think he’d have cared if I hadn’t lost an ounce, but he likes the confidence.”

She continued: “I’ve been able to get sexier underwear. I love a negligee – I’ve got some fabulous satin ones which I think are absolutely irresistible to Ben.”

Vanessa’s weight has fluctuated over the years, but she said she has now reached a point of feeling healthy.

The star shot to fame in the ’90s as a presenter on Channel 4’s The Big Breakfast.

More recently, she has handed out life advice on ITV’s This Morning and hosted shows on BBC Radio 2 and BBC Radio London.

What do you think of Ben’s photo of Vanessa? Leave us a comment on our Facebook page @EntertainmentDailyFix and let us know.