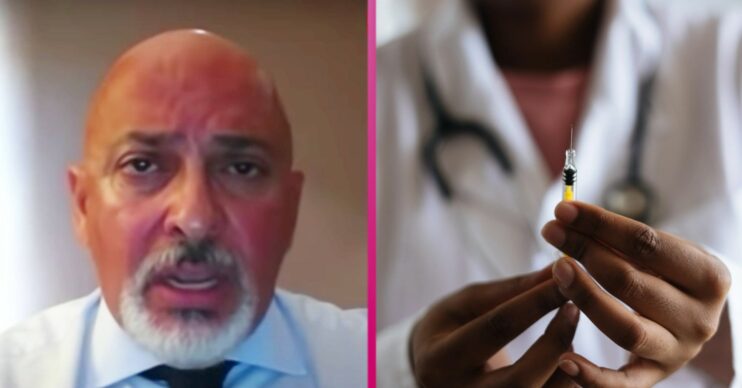 Vaccine passport will be required for entry to large venues from October, Nadhim Zahawi confirms

A vaccine passport will be required for entry to large venues from October, Nadhim Zahawi has confirmed.

The Vaccine Minster also noted during an appearance on Sky News there is concern there would otherwise be a spike in coronavirus infections.

Read more: Will there be another lockdown? Government plans for ‘firebreak’ COVID lockdowns over winter

Mr Zahawi indicated people who wish to congregate in large venues will need to obtain a vaccine passport.

He said earlier today (September 5): “[The Government] are looking at by the end of September… when everyone has had the opportunity to be fully vaccinated for the large venues – venues that could end up causing a real spike in infections… where we need to use the certification process.

The worst thing we can do for those venues is to have a sort of open shut, open shut strategy

“You look at what the FA have done in terms of checking vaccine status to reopen football. That is the sort of right thing to do. And we are absolutely on track to continue to make sure that we do that.”

Mr Zahawi also said the Cabinet aim to ensure there is as little disruption to the economy as possible.

He continued: “There is a reason for that. The reason being that I, as does the Prime Minister, want to make sure the whole economy remains open.

“The worst thing we can do for those venues is to have a sort of open shut, open shut strategy.

“We see infection rates rise because of the close interaction of people. That is how the virus spreads, if people are in close spaces in large numbers. We see spikes appearing.

“The best thing to do then is to work with the industry to make sure that they can open safely and sustainably in the long term. And the best way to do that is to check vaccine status.”

What has Boris Johnson said about vaccine passports?

Ahead of the rolling back of social distancing and mask guidance in July, the PM signalled having the vaccine would be a mandatory entry requirements for nightclubs and other venues in England.

He said at the time: “I don’t want to have to close nightclubs again as they have elsewhere. But it does mean nightclubs need to do the socially responsible thing.

“As we said last week, we do reserve the right to mandate certification at any point if it’s necessary to reduce transmission.

“And I should serve notice now that by the end of September, when all over 18s have had their chance to be double jabbed we’re planning to make full vaccination the condition of entry to nightclubs and other venues where large crowds gather.”