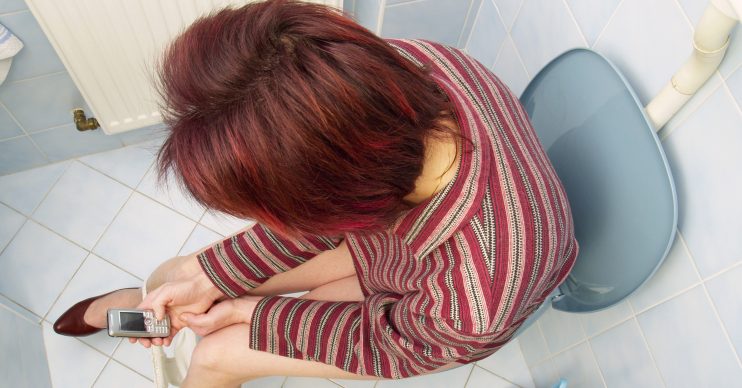 If you’re a fan of using your mobile phone while you’re on the loo then we have some bad news for you.

While many say they don’t use their phone on the toilet, a recent survey showed that a whopping 57% of Britons had owned up to the practice.

Now, however, it’s been claimed that it could lead to you developing piles.

Also known as haemorrhoids, piles are lumps inside and around your bottom.

Dr Sarah Jarvis told The Sun that it is the length of time that your phone leads you to spending on the loo that raises the risk of developing them.

The more you use your phone on the toilet, the longer you’ll be sat there, she explained, leading to increased pressure on the veins of the anus, which causes piles.

Read more: If you’re looking for a new job this one pays you to eat fudge

She said: “Constipation and straining to poo is a major risk factor for piles – being pregnant, chronic cough and getting older also factor.”

She added: “But so too does prolonged sitting on the loo. And while in the past, some of us took a good book into the toilet with us, these days it’s more likely to be the ever-present mobile phone.”

Dr Jarvis concluded: “So tempting as it may be to scroll through your apps while you’re waiting to perform, doctors don’t recommend it.”

She added that to avoid piles, you should eat plenty of fibre, exercise regularly and “leave your mobile phone behind” when you use the toilet.

Twitter users seemed distressed to hear the news, with some confirming the reports.

Do you use your phone on the loo? Let us know on our Facebook page @EntertainmentDailyFix.