As soap fans we’re used to people being punished in unusual ways for their crimes. But after Cain attacked drug dealer Simon in last night’s episode, fans are calling for a more conventional revenge.

They want to see Cain and daughter Debbie locked up for their bad behaviour!

Shocked by Ross’s injuries, Cain went to find Simon. He beat him up and tied him up in a barn hoping to make the dealer see the error of his ways.

“No you’re not,” he said. “And you’re not taking any of this seriously. So I’m going to have to fix that.”

He brandished a bottle full of liquid and told him it was “the same stuff you used to cover Ross in”.

Read more: Emmerdale’s Mandy Dingle to return with a big surprise for Paddy?

Terrified Simon begged Cain not to do it as Cain squirted him with the liquid.

But it was only water.

Cain called Simon a spineless coward and told him to forget his name, and Debbie’s. He told him never to pull anything “like that sick attack again”.

Simon seemed to have the upper-hand still, and told Cain they were the same.

And Cain lashed out.

Later we saw him washing the blood from his hands as he told Debbie Simon was “gone”. Has he killed him?

But the fans weren’t impressed – neither by the violence, nor the target.

“I thought the Cain water scene was very irresponsible pre watershed,” said one shocked fan. Another said it was: “unsuitable for inclusion in a soap opera.” 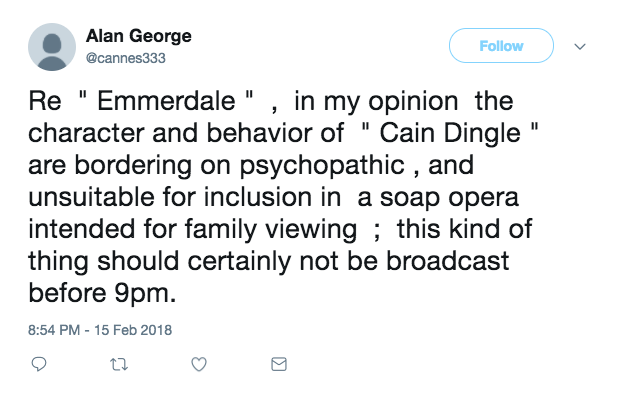 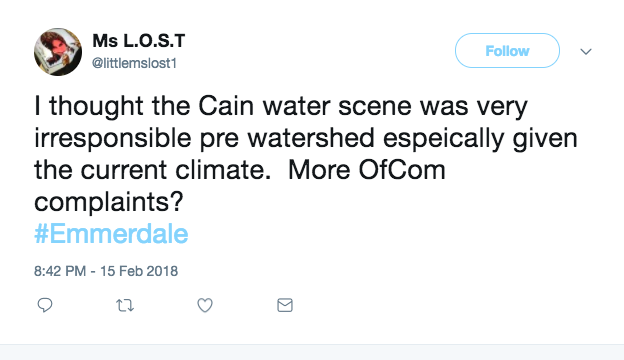 Another horrified viewer said: “These scenes with Cain are horrible and completely unnecessary, this programme has really lost its way.”

Other viewers called for Debbie and Cain to get justice – but not in a soap opera type fashion. They want good old-fashioned prison for the father-daughter team.

“They always use violence to get what they want and it’s time they pay for everything they’ve done,” said one fan.

“SEND DEBBIE TO PRISON!” said another. “It’s insulting to acid attack victims if you don’t make her go down. She can’t keep getting away with everything!”

But some fans enjoyed the shocking scenes. 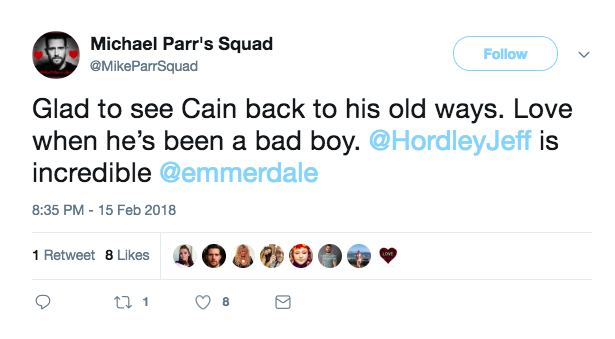 “Glad to see Cain back to his old ways,” said one. “Cain Dingle back to his best,” said another.

Did Cain go too far? Leave us a comment on our Facebook page @EntertainmentDailyFix and let us know what you think!