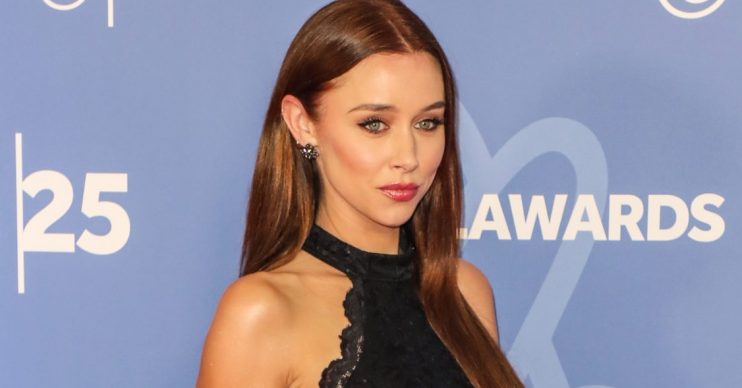 The Saturdays singer Una Healy has taken an apparent swipe at reports her ex Ben Foden is expecting a baby with his new wife, Jackie Belanoff-Smith.

On Thursday (February 20 2020), MailOnline reported that Ben and Jackie – who tied the knot in August last year after dating each other for just two weeks – are “over the moon” and “so excited” as they prepare to welcome their first child together.

A source told the publication: “Ben and Jackie are over the moon. They’re so excited to become parents together for the first time and are looking forward to starting their new lives as a family.

“The plan is to move from America back to the UK and raise the baby here – there’s lots to organise but they can’t wait for their new arrival.”

Una and Ben, who was on The X Factor: Celebrity last year, only split 19 months ago.

And it seems she’s taken to Instagram to make her feelings known.

Amid reports of congratulations being thrown Ben and Jackie’s way, the singer posted a throwback photo of herself smiling on holiday with her arms around daughter Aoife, seven, and Tadgh, five, whom she shares with the rugby ace.

I was going through hell.

In the caption of the pic, taken at Universal Studios, she used the hashtags #tbt and #family.

Read more: Una Healy opens up about finding out Ben Foden had cheated on her

Last year, just a month after he married his new partner, Una opened up about their “hell” split, which came after claims Ben had cheated on her.

As reported by RSVP Live, Una posted a throwback picture Instagram of herself when she had blonde hair, taken in 2018, and told followers: “I might look happy here, but I was going through hell. Time is a healer and so blessed right now.”

Ben also addressed the break-up during his stint on SAS: Who Dares Wins in 2019, when he said: “My life’s a bit of a mess. I’ll always love Una. She’s my first love and the mother of my kids. I never meant to hurt her in the way I did.”

What do you think of Una’s throwback picture? Leave us a comment on our Facebook page @EntertainmentDailyFix and let us know.