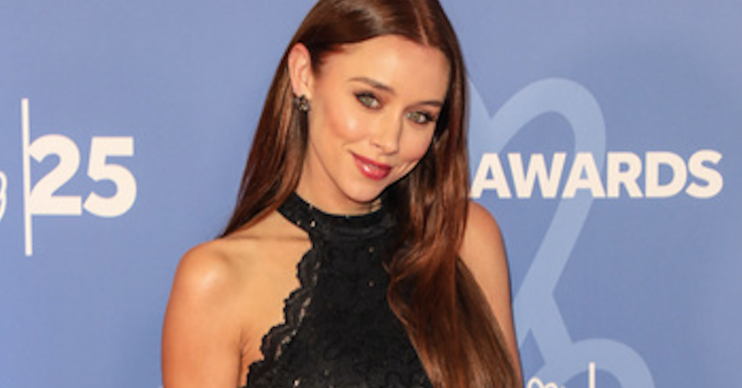 It is reported they 'struggled to make things work properly'

Singer Una Healy has split from David Breen, according to a tabloid report.

The Saturdays star is believed to have began dating David over a year ago following her split from ex-husband Ben Foden.

But it has now been reported the pair have called time on their romance after “struggling to make things work properly” due to their differing schedules.

An insider is reported to have told The Sun: “Una and David have ended things in recent weeks following a  holiday to Zanzibar. It was a mutual decision – they realised they are at very different stages of their lives and were struggling to make things work properly.

“She is a mum and ultimately they decided they wanted different things. But Una is keeping positive.

“She has deleted recent photos of them together from her Instagram account and is looking forward to turning over a new leaf.”

They realised they are at very different stages of their lives.

ED! has approached a representative for Una for comment.

Una and David went public with their romance in December 2018, five months after she ended her six-year marriage to Ben – with whom she has kids Aoife, seven, and Tadhg, five – in July 2018.

The split comes after Una said last year she feels “at home” when she’s with David.

She told the Irish Daily Mail’s You magazine: “We’re not living together but we live down the road from each other so we see each other very regularly.

“I just wanted to get out of that town I was in so he introduced me to the town I’m in now and it’s one of the most beautiful towns in the UK. I’m really happy there now.

“It’s lovely because we’re both ex-pats. We’re both so Irish! We come back together a good bit and I just feel at home when I’m with him.”

The break up also comes less than one month after Ben’s new wife Jackie Belanoff Smith – who he married in August last year – was revealed to be expecting her first child with the rugby star.

A source said: “Ben and Jackie are over the moon. They’re so excited to become parents together for the first time and are looking forward to starting their new lives as a family.”

Ben and Jackie, who currently live in America, will reportedly move back to the UK to raise their tot, and “can’t wait” to welcome their bundle of joy.